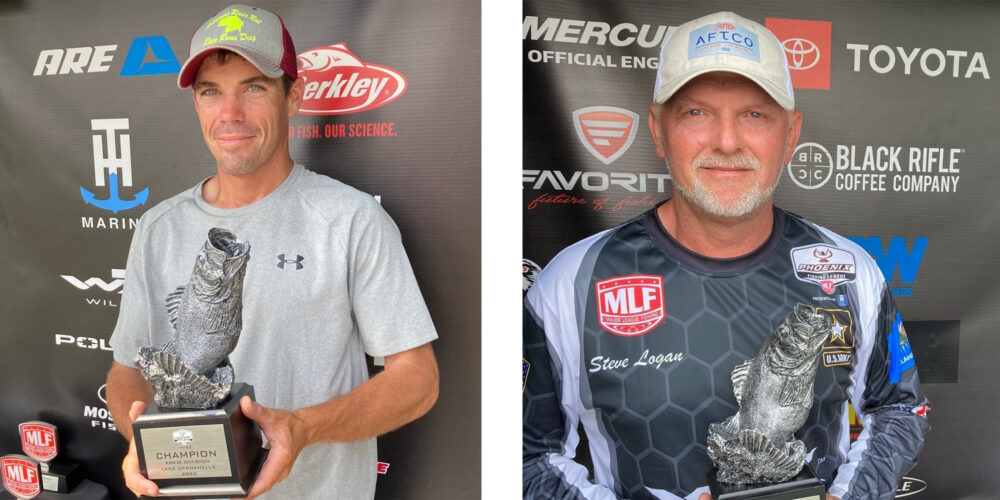 “I started the morning fishing a shad spawn using a Dart Frog-colored BOOYAH Pad Crasher (Frog) in the mid-lake area near Piney Bay,” Lee said. “I was fishing shallow; I never even turned a graph on all day.”

Later in the day Lee, who notched a BFL win at Lake Dardanelle in 2014, said he employed the use of a white ½-ounce BOOYAH Mobster Swimjig with a white YUM Craw Chunk trailer around reeds in less than 2 feet of water. Lee’s efforts resulted in nine keepers during competition.

“I knew I had a shot at winning around noon when I made my last cull,” Lee said. “I had all 3-pounders at that point and one that was 4½, but I figured it would take 18 pounds to win it. I knew I was close.

“This win is awesome,” Lee added. “They are so hard to come by. I was in the first flight, so I had to sit there for two hours after I weighed in and watch everyone weigh in. My nerves were shot at the end of the day.”

Ross had a largemouth that weighed 5 pounds, 1 ounce that was the heaviest of the event in the Boater Division and earned the day’s Berkley Big Bass Boater award of $675.

Larry Carter of Little Rock, Arkansas, caught the largest bass in the co-angler division, a fish weighing in at 5 pounds, 5 ounces. The catch earned him the day’s Berkley Big Bass Co-angler award of $337.