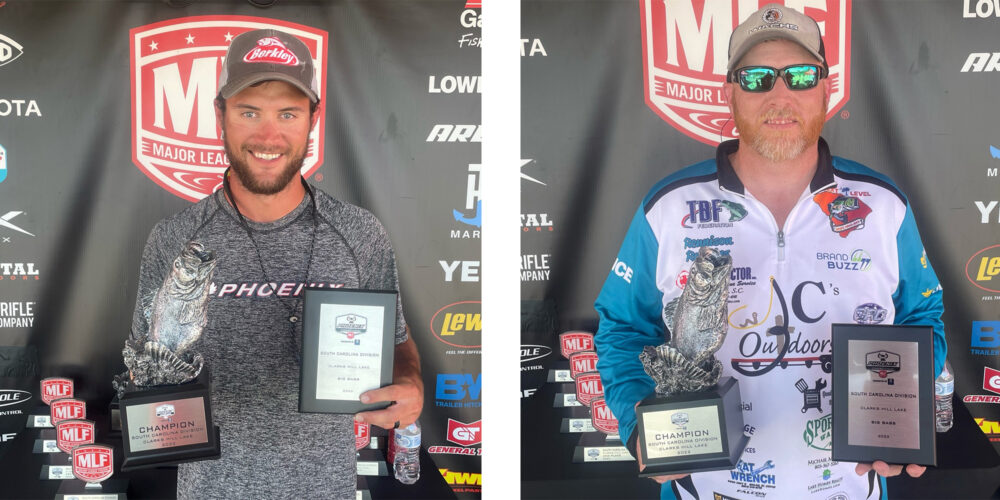 “I found one area of the lake that I ran and had some very quality bites,” Harbin said. “I caught a 2-pounder right off the bat and then followed that up 30 minutes later with a 5-pounder. I just kept picking them off one by one all day long and caught my last good fish about noon.”

Harbin said he fished from the middle of Clarks Hill toward the upper end. He targeted shallow ditches in the backs of creeks with a Berkley J-Walker and a Berkley PowerBait Bottom Hopper Worm fished on a shaky head rig.

After catching 20 keepers during the tournament, Harbin said he felt confident in his weigh bag for the most part, but had a 2-pound fish he wanted to upgrade.

“I had a 5-pounder on that ended up spitting the bait out, and I thought, ‘That’s going to be the one that costs me the win,’” Harbin said. “I just didn’t think I had it won.

“I’ve had a lot of experience at Clarks Hill and fished it for many years,” Harbin said. “I’ve been close before in BFL competition and have finished second, so to finally get one wrapped up in a win feels really good.”

Harbin also caught a largemouth weighing 5 pounds, 13 ounces – the heaviest of the event in the Boater Division – to earn the day’s Berkley Big Bass Boater award of $430.

Robbins also caught the largest bass in the Co-angler Division, a fish weighing in at 5 pounds, 8 ounces. The catch earned him the day’s Berkley Big Bass Co-angler award of $215.