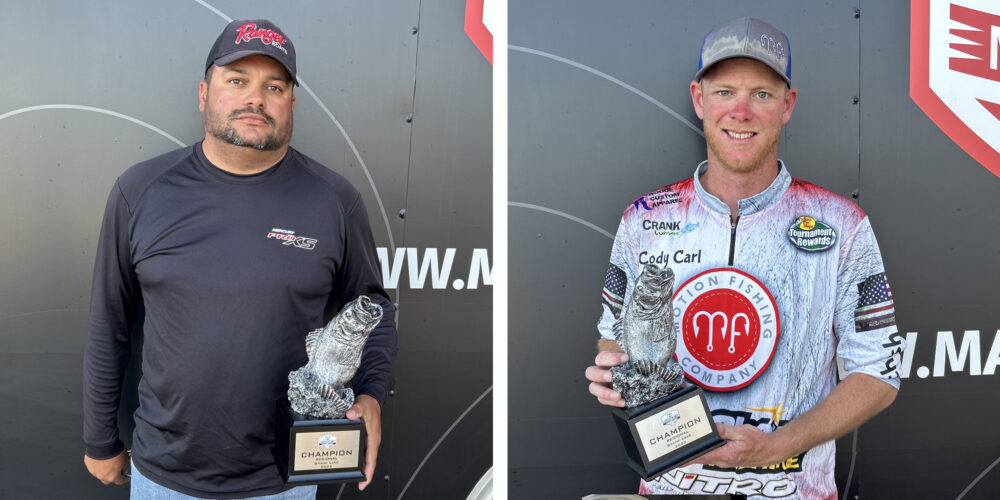 “In September, Grand Lake goes through what I call the ‘fall blues,’” Lunceford said. “It’s a transition period. In practice I ran seven or eight spots I had fished in September, and I caught a limit pretty quick. I tried to expand on that, but a cold front came in and changed it.”

Lunceford said that October is traditionally a good time for a topwater bite, but he couldn’t get bass to react during the tournament. Instead he focused on what worked for him in practice, and in the first 10 minutes of the opening day of the tournament he had two fish for 8 pounds in the livewell. The same tactics worked on the second day, then the weather changed.

“The wind blew on the last day, and I knew I probably couldn’t fish the areas I had been fishing, but I had to go look at them,” Lunceford said. “I couldn’t run in that wind, so I turned around and fished some stuff in practice from Sailboat Bridge up to near Neosho. Once I ran those spots, I just started fishing history.

“I’m 41 years old, and I’ve been going to Grand Lake since I was 15,” Lunceford said. “The win felt great because it was 20-something years of redemption of letting multi-day tournament wins slip through my fingers.”

Lippe took home an extra $500 as the highest finishing Phoenix MLF Bonus member. Boaters are eligible to win up to an extra $7,000 per event in each Phoenix Bass Fishing League tournament if all requirements are met. More information on the Phoenix MLF Bonus contingency program can be found at PhoenixBassBoats.com.

The top four Strike King Co-anglers from each division that earned a $500 bonus for placing highest in the event were:

The Phoenix Bass Fishing League Presented by T-H Marine Regional Tournament on Grand Lake was hosted by the City of Grove. It featured the top pros and Strike King co-anglers from the Arkie, Cowboy, Great Lakes and Ozark divisions.

The top boaters and Strike King co-anglers plus tournament winners from each Phoenix Bass Fishing League division will also earn priority entry into the Toyota Series, the pathway to the Tackle Warehouse Invitationals and ultimately the Bass Pro Tour.