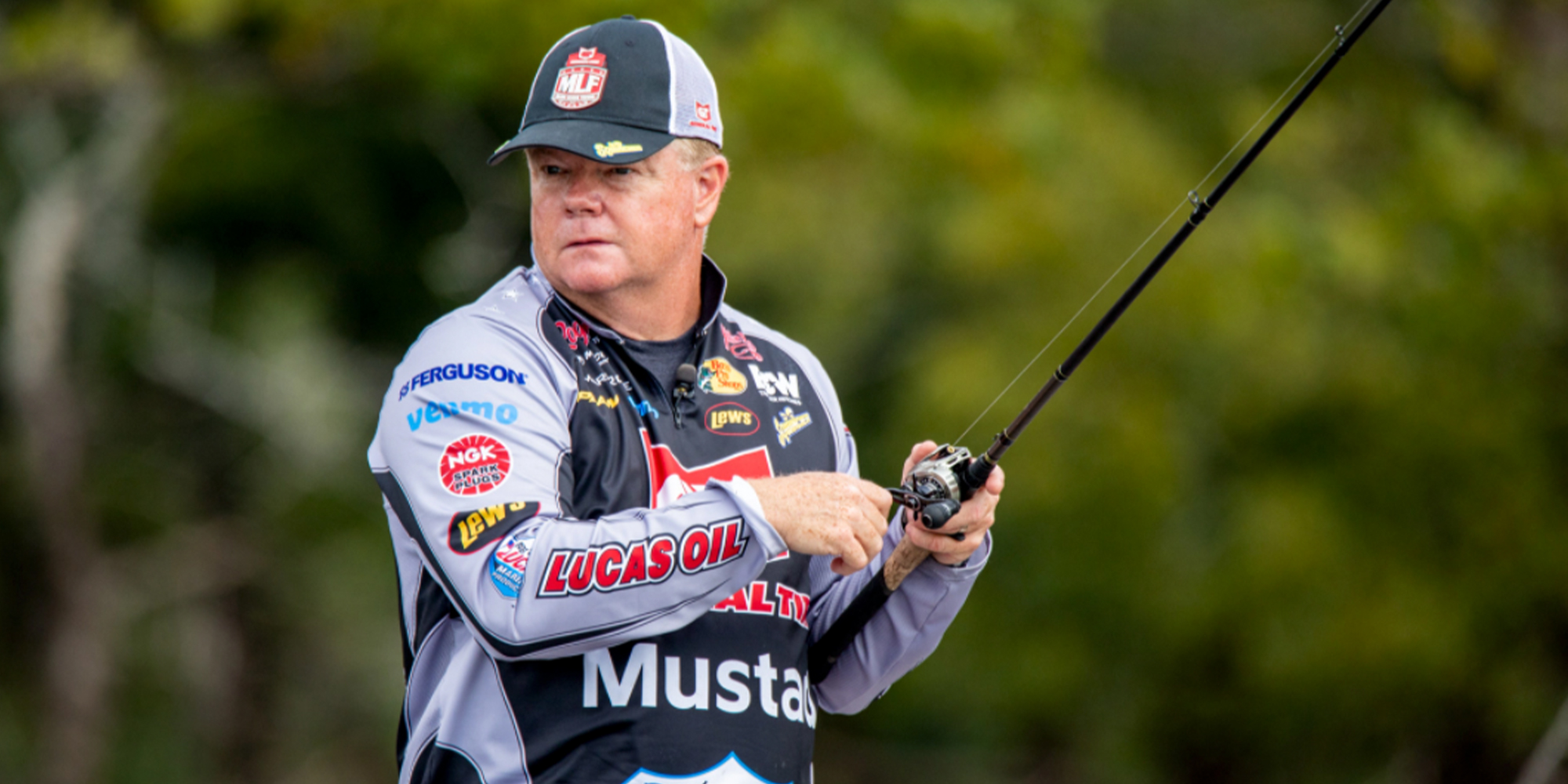 Mark Rose is the winner of the 2020 Patriot Cup. Photo by Joe Branch

MUSKOGEE, Okla. – After three Elimination Rounds and two Sudden Death Rounds, we were left with eight anglers on Fort Gibson Lake. The group included two 2019 Bass Pro Tour Stage Champions as well as the 2019 REDCREST champion, Edwin Evers. The field was stout and whoever walked away with the title of Sqwincher Patriot Cup Presented by Venmo Champion would surely have to earn it.

It turns out, the competition wasn’t even close as Mark Rose easily won the event with 25 bass for 41 pounds, 1 ounce. He beat out second-place angler Jordan Lee by over 15-pounds as Rose continued to exploit bass suspended in flooded bushes.

During the Sudden Death Round, Mark Rose recalled that he started to realize the pattern. He was able to win his round by targeting bass sitting just underneath the canopy of flooded bushes.

“I started to put all of the pieces together during the Sudden Death Round. That’s when I got dialed into the green bushes. There were big balls of shad and the fish were sitting near the surface, but the bushes were all in 8 to 10 feet of water,” Rose said.

Although they switched zones and fished a different section of Fort Gibson Lake during the Championship Round, Rose was able to replicate his success in earlier rounds.

“I located three creeks that looked promising and they were at the lower end of our zone we were allowed to fish,” Rose stated. “The first one I went into had the green bushes I was looking for and lots of shad in there. It was a lively little creek arm.”

One particular section of this creek had what Rose was looking for, with deep bushes on both sides. “There was a ‘gut’ running through the creek and it had a nice trough with bass feeding on shad,” he said and added that he would pitch his bait to the canopy, let it fall through, and then bring it back in to repeat the process.

His bait of choice was a black and blue Strike King Rage Menace Grub that he chose as the profile of the bait perfectly imitated the size of the shad. He also opted for a darker bait color based on the appearance of the shad. He rigged it on a 4/0 Mustad KVD Grip-Pin hook and used both a 3/8 and 1/2-ounce Strike King Tour Grade Tungsten weight that he scratched clean of paint to add a shiny look to his presentation.

Rose was in control for much of the day and it became apparent that everyone else would be fishing for second place. Jordan Lee ended up in that position thanks to a 16 bass catch for 25 pounds, 4 ounces.

“I started off catching several on the finesse jig with a Berkley PowerBait Power Chunk on the back. It was the same kind of deal as the previous rounds and I was targeting undercut banks in the backs of little cuts where the fish were feeding shad around flooded bushes,” Lee said.

He also mixed in a Green Pumpkin Candy Berkley Power Hawg when pitching to wood. Lee rounded out the creature bait package with a 3/8-ounce tungsten weight and a 4/0 Berkley Fusion19 flipping hook.

For both of these lures, he uses a 7’3″ heavy Abu Garcia Fantasista Premier rod with an 8.0:1 Revo AL-F reel spooled with 20-pound Berkley Trilene 100% fluorocarbon.

When the shad-feeding activity increased, he relied on a bone-colored Berkley Choppo 90 topwater bait that he fished on a 6’10” medium-heavy Abu Garcia Fantasista Premier rod with a 7.3:1 Revo STX spooled with 30-pound Berkley X9 braided line.