Paul Elias Still Kneelin’ and Reelin’ Like it was 1982 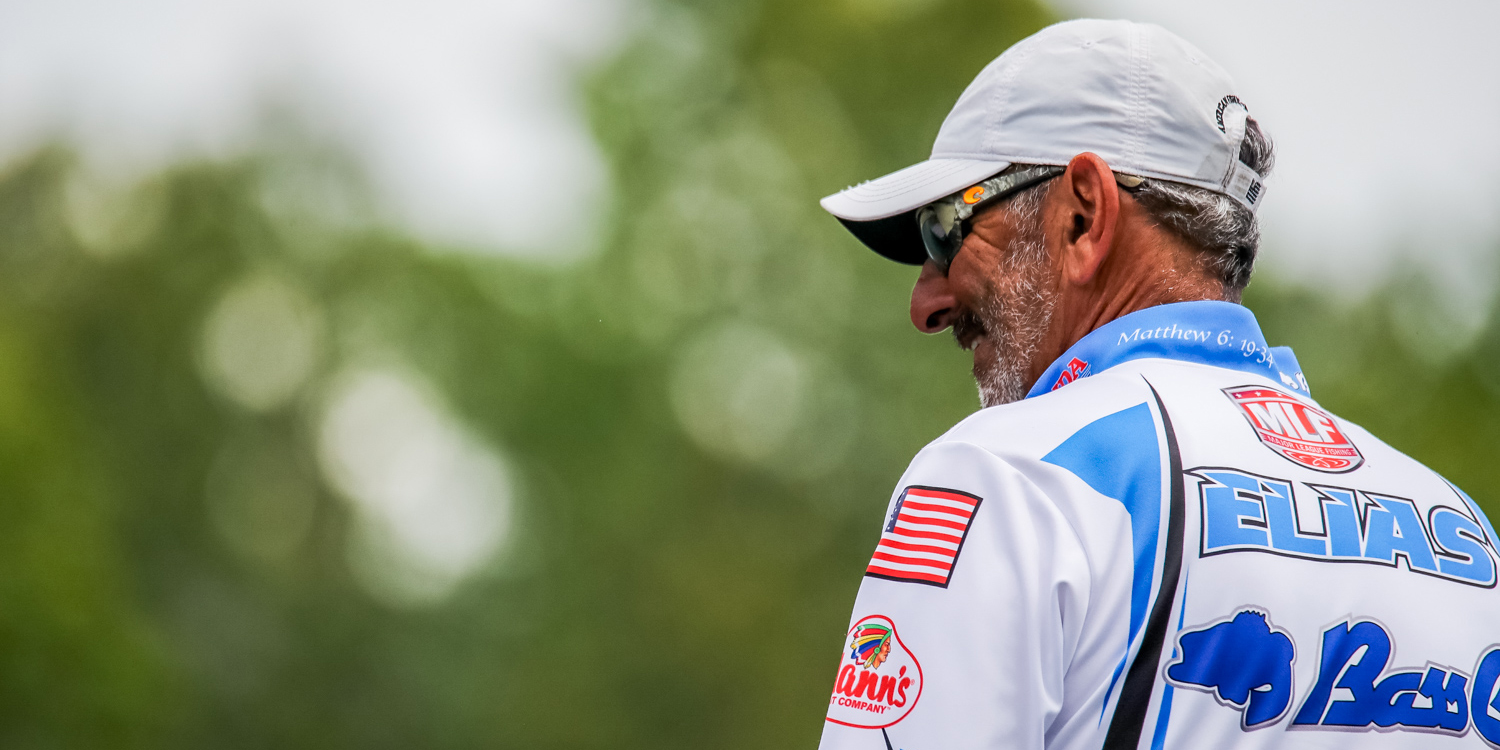 Paul Elias is ready to return to Okeechobee, one of the many places where the Mississippi veteran has notched a win. Photo by Josh Gassmann

We’ve seen time and time again that technology makes products and practices obsolete. The fishing world is no stranger to this, thanks to an abundance of baits that arrive on tackle store pegs every year, each model more advanced than the one before it.

While new baits bring much-needed advancement to the game, MLF pro Paul Elias still likes to do some things the old-fashioned way.

In 1982, Elias won the Bassmaster Classic on the Alabama River in large part due to his ‘kneelin’ and reelin’ technique of kneeling on the front deck and reeling a crankbait with his rod tip in the water. Nearly 37 years after that win, Elias still likes to occasionally go back to the old ways of fishing, before deep-diving crankbaits hit the market.

“I continue to use that technique, but not as much as I did in 1982,” Elias admitted. “We have baits that can run so much deeper now. Back when I started doing that, the deepest diving crankbait only went 12 feet deep. But you can still use the technique to your advantage.”

Elias originally started using the unique style to get a few extra feet of diving depth out of his crankbaits. Now, in the days of crankbaits that can reach depths of 30-plus feet, it’s not so much about how deep he goes, but how fast he can get it there.

“Kneeling and reeling causes the bait to not only dive deeper, but quicker,” Elias said. “It’s all about getting that bait in the strike zone and keeping it there for as long as possible. Those extra couple of feet and seconds can be so critical.”

The last time Elias really saw the art of kneeling and reeling play a factor in a tour-level event was at the Bassmaster Elite Series event on Lake Guntersville in 2015. Elias was searching for deeper bites with his crankbait when he saw a familiar face utilizing the old-school technique that the Mississippi pro invented.

“I was fishing near Edwin Evers and saw him kneeling and reeling so I decided to do it as well,” Elias said with a chuckle. “We both were wailing on ‘em pretty bad after that and ended up having a pretty good tournament. That was an instance that we were both just trying to get the bait down to the fish quicker, rather than getting an extra few feet of depth.”

While Elias’ Classic-winning technique may not be the norm in 2019, that doesn’t mean the technique is obsolete. Elias says that there’s still a place for the craft in his repertoire.

“There are times where I’ve pulled up to a spot, fished in an area that’s 15 feet deep and caught one on the first couple of casts,” Elias said. “But after that one, I couldn’t get another bite. So, I start kneeling and reeling, that’s when I started triggering more bites. There’s no other explanation as to why I’m getting those bites than my bait is getting deeper, getting there quicker, and digging harder. That’s because of kneeling and reeling.”