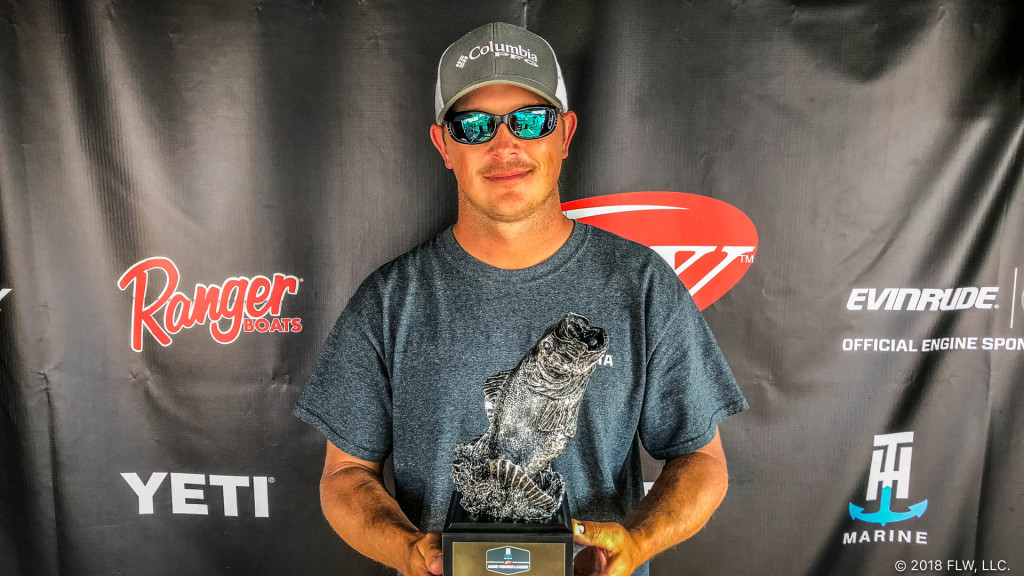 Reed said he picked apart scattered eel grass in 3 feet of water in the Harney Pond area of the lake. He said he used a black and blue-colored Gambler Heavy Cover Southern Swim Jig with a Reaction Innovations Skinny Dipper trailer of the same color and caught around 40 keepers throughout the day.

“I found a big wave of fish that was moving in there to spawn during practice on Thursday and they were still there on Saturday,” said Reed, who earned his first career victory in BFL competition. “I fished the same two-acre area all day long and really caught them.”

Reed said the bite was slow in the morning, but picked up as soon as the sun rose higher and the wind started blowing.

“I think my fluorocarbon line helped me get more bites,” said Reed. “I had a lot of boats around me, but everyone was throwing braided line. I think that was my edge out there.”

Donald Dunnam of Okeechobee, Florida, brought a 9-pound, 8-ounce bass to the scale – the heaviest of the event in the Boater Division – and earned the day’s Boater Big Bass award of $555.

Hunnicutt caught the largest bass in the Co-angler Division weighing in at 8 pounds, 7 ounces. The catch earned him the day’s Co-angler Big Bass award of $277.

The top 45 boaters and co-anglers in the region based on point standings, along with the five winners in each qualifying event, will be entered in the Oct. 11-13 BFL Regional Championship on the Saint Johns River in Palatka. Florida. Boaters will compete for a top award of a Ranger Z518C with a 200-horsepower Evinrude outboard and $20,000, while co-anglers will fish for a new Ranger Z518C with a 200-horsepower Evinrude outboard.