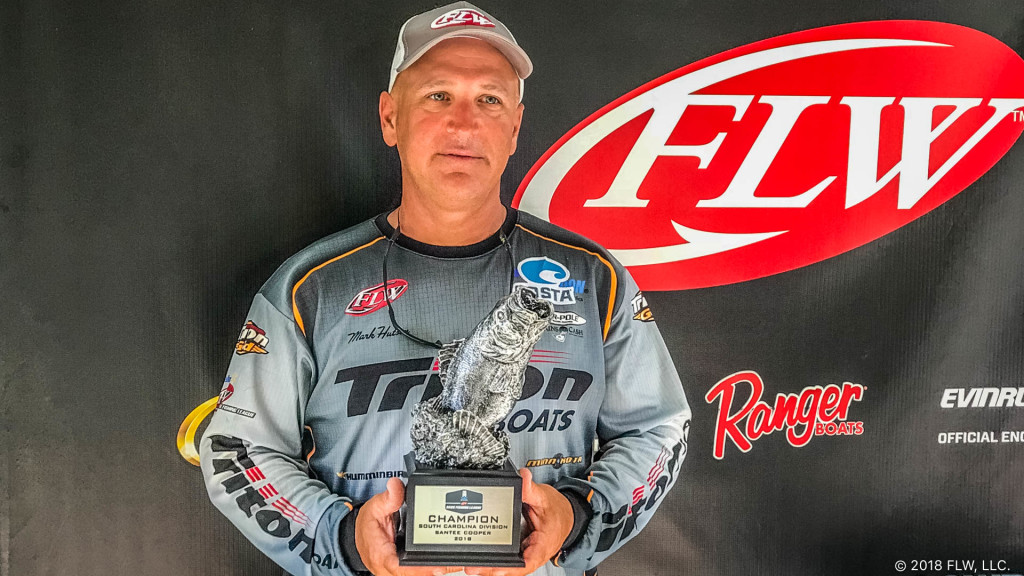 “I fished the upper end of Lake Marion and caught everything off of spawning beds. Most were within a 50-yard stretch of trees,” said Hutson, who notched his third career win on the Santee Cooper Lakes in FLW competition. “I used craws in different shapes and colors with 3/16th-ounce weights. I wanted enough weight to hold the bait in place, but still have it light enough to inch along easier in the bed.”

Hutson said he was able to put 12 keepers in the boat throughout the tournament. He added that he caught the majority of his weight between 7:30 a.m. and 9 a.m.

“I caught a 7-pound, 10-ounce bass on my first cast. It was a great way to start out the morning,” said Hutson.

McCoy brought an 8-pound, 12-ounce bass to the scale – the heaviest of the event in the Boater Division – and earned the day’s Boater Big Bass award of $840.

Williams caught the largest bass in the Co-angler Division weighing in at 8 pounds, 1 ounce. The catch earned him the day’s Co-angler Big Bass award of $402.