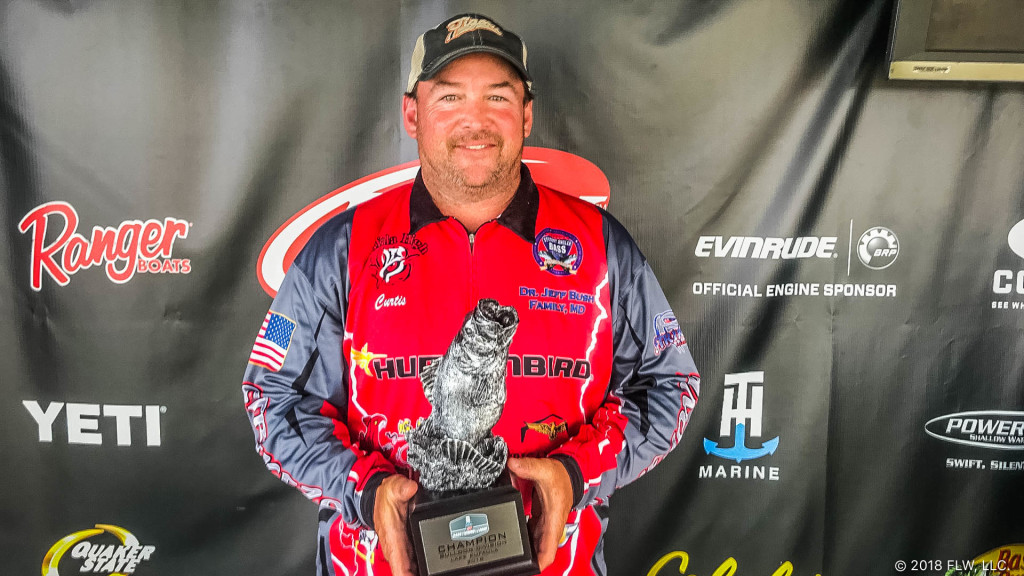 Hillman spent his day dissecting areas in Barbour Creek, Cheneyhatchee Creek and near the Highway 82 bridge. He said he targeted bass in 6 to 10 feet of water near humps and rocks and was able to catch his first limit by 8 a.m.

“I got on a shad spawn and caught them with a chartreuse-colored squarebill crankbait and a Citrus Shad-colored (Strike King Pro Model) 5XD crankbait,” said Hillman, who logged his first win in BFL competition. “The local authorities generated water until 11 a.m. and that’s what kept them in our areas.

“After my first limit I culled the rest of the day,” Hillman continued. “I caught them better on wind-blown banks. I didn’t get much in clear water – it needed to be stained.”

Hillman’s day was capped off by a kicker which he pulled from grass in Cowikee Creek using a Strikezone Swim-Tastic Swim Jig with an unnamed trailer.

“I only had an hour left to fish and that catch sealed the deal for me – it was the pound I needed to win.”

Michael Wilder of Macon, Georgia, brought a 6-pound, 13-ounce bass to the scale – the heaviest of the event in the Boater Division – and earned the day’s Boater Big Bass award of $585.

Walden also caught the largest bass in the Co-angler Division weighing in at 6 pounds, 9 ounces. The catch earned him the day’s Co-angler Big Bass award of $292.