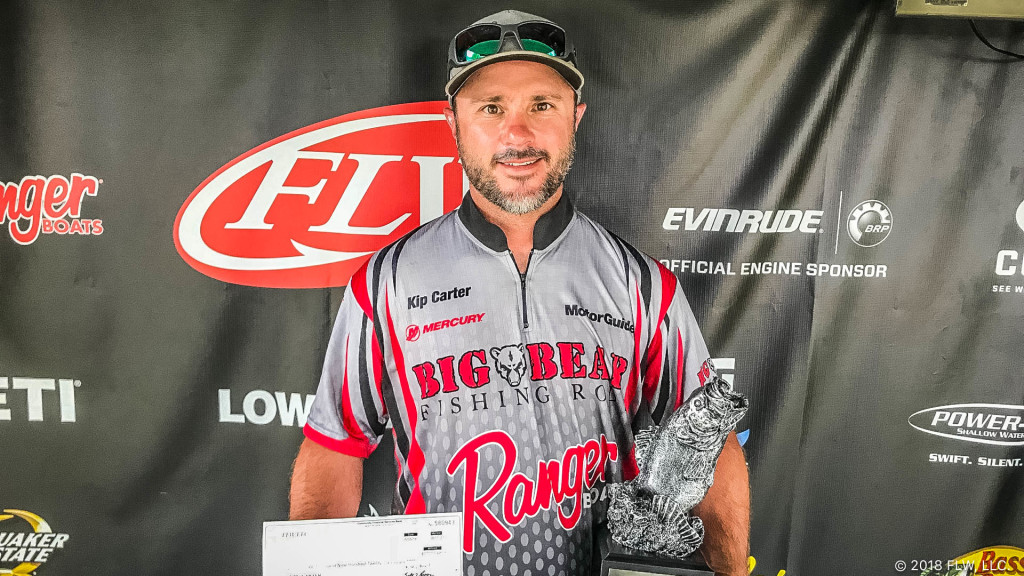 “I caught the majority of my fish in the first two hours of the day during the shad spawn,” said Carter, who earned his second career win on Lake Sinclair in BFL competition. “I fished mid-lake, targeting grass and seawalls.”

“The spinnerbait caught more in terms of the number of fish, but the topwaters got the bigger ones,” said Carter.

With around 15 pounds of fish in his livewell, Carter left the shad spawn and flipped docks for the remainder of his day with a Junebug-colored Zoom Trick Worm on a shaky-head rig.

“I stayed mid-lake and got a couple key bites that ended up anchoring my bag for the win,” said Carter.

Svendsen brought a 5-pound, 12-ounce bass to the scale – the heaviest of the event in the Boater Division – and earned the day’s Boater Big Bass award of $530.

Kimmel also caught the largest bass in the Co-angler Division weighing in at 5 pounds, 8 ounces. The catch earned him the day’s Co-angler Big Bass award of $265.