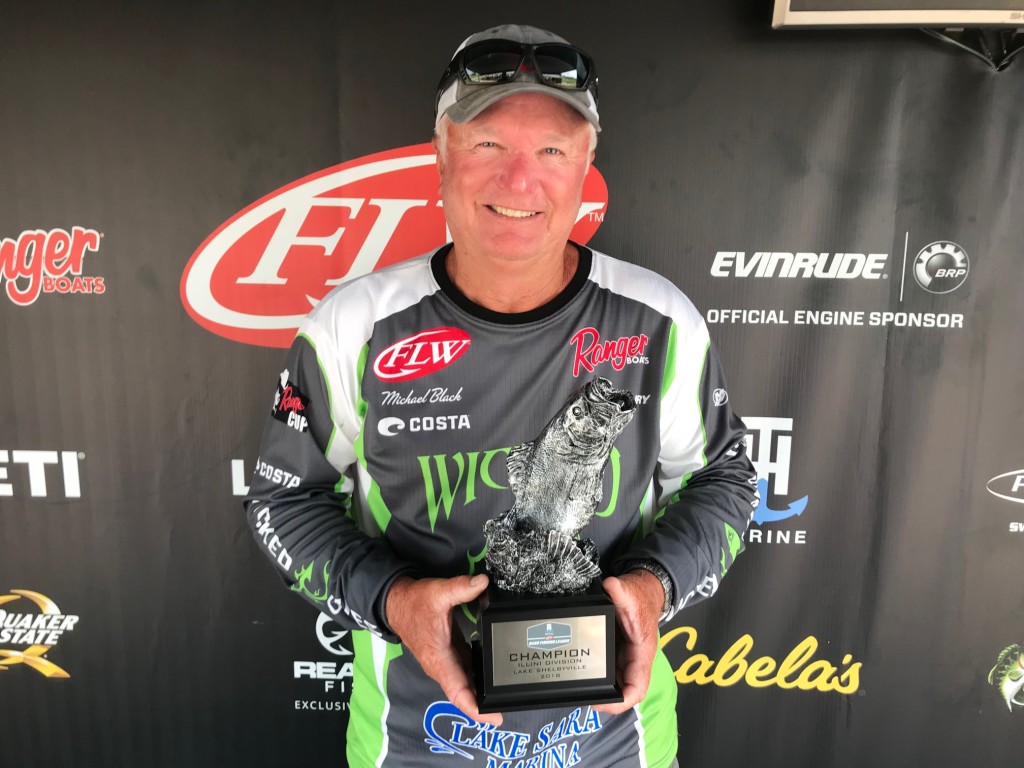 “I’m 65 years old, and anytime that I can get a win these days is just that much more of a plus,” said Black, who earned his eighth career win in BFL competition. “The best fisherman in the state of Illinois compete in these tournaments, and to get a win against anglers of this caliber is an honor.”

Black said he spent the day fishing shallow flats back in the Lithia Springs area. He said that one of the keys was that the fish had to be on a flat, near a drop.

“I figured out the pattern right near the end of practice, and I didn’t really have time to practice it but I had a little time Friday night to think about it,” Black said. “I have some experience on this lake, so I targeted areas where I thought I could duplicate it – a shallow flat with a drop right by it. It didn’t have to be a 30-foot drop – but a 6-foot or so drop nearby.”

Black said that he managed to catch 25 to 30 fish throughout the day, with 8 keepers. He caught his fish on a Wicked Lures In-Line Spinner and a Carolina-rigged watermelon seed-colored Zoom Baby Brush Hog with chartreuse on the tail.

“I don’t normally fish a Carolina Rig – I’m a jig fisherman. But, the bass were in pre-spawn and spawn mode and you had to give them something subtle.”

Scott Shaw of Mount Vernon, Illinois, caught a bass weighing 5 pounds, 14 ounces – the heaviest of the event in the Boater Division – to earn the Boater’s Big Bass award of $480.