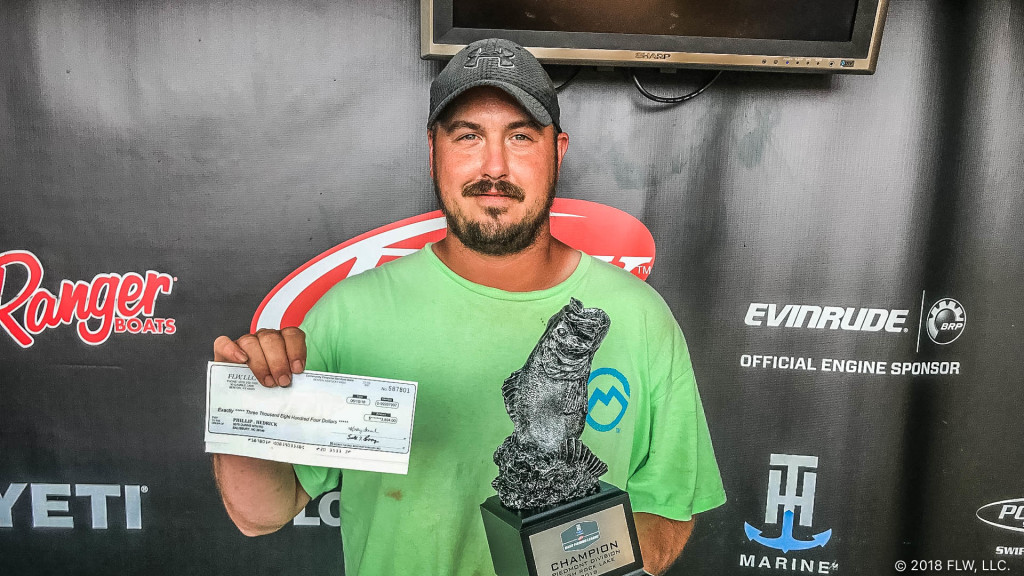 According to post-tournament reports, Hedrick caught his fish in the main creeks – mainly Second Creek and Crane Creek – with a black Zoom Ol’ Monster worm.

Ricky McCrary of Lexington, North Carolina, caught a bass weighing 6 pounds even – the heaviest of the event in the Boater Division – to also earn the Boater’s Big Bass award of $505.