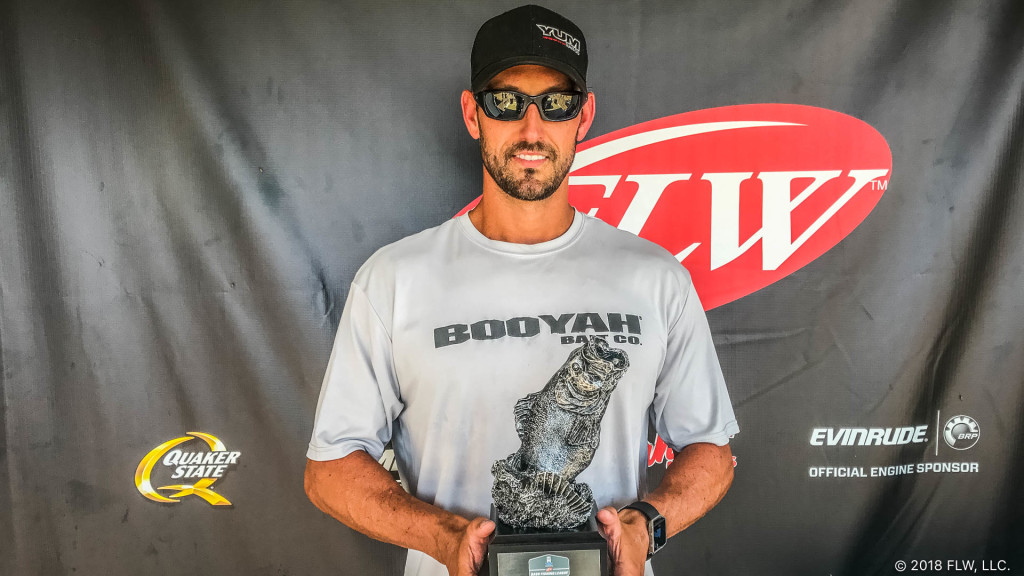 “I fished the mid-lake area and targeted offshore rock piles,” said Warner, who logged his first career victory in FLW competition. “All of my fish came from between 6 and 10 feet of water and were on main-lake spots, close to the river channel.

“Every fish I weighed came on a 10-inch Yum Ribbon Tail worm,” continued Warner. “Junebug was the best color, but I did switch to cranberry later in the day. My last fish bit around 2 (p.m.).”

Warner said he fished slow, rotating through eight different stops. He said he hit each at least three times and caught five keepers.

“I got my MinnKota Ultrex trolling motor a couple months ago and wouldn’t have won without it,” said Warner. “The wind was blowing pretty hard and I could get lined up on the rock piles I had marked. I hit Spot Lock, and it would hold me there as I faced the wind. I could make 20, 30 or even 40 casts to the same spot, sometimes waiting until that 40th cast to get a bite.”

Richard Bower III of Westphalia, Missouri, brought a 6-pound, 3-ounce bass to the scale – the heaviest of the event in the Boater Division – and earned the day’s Boater Big Bass award of $805.

Sullivan caught the largest bass in the Co-angler Division weighing in at 5 pounds, 5 ounces. The catch earned him the day’s Co-angler Big Bass award of $402.