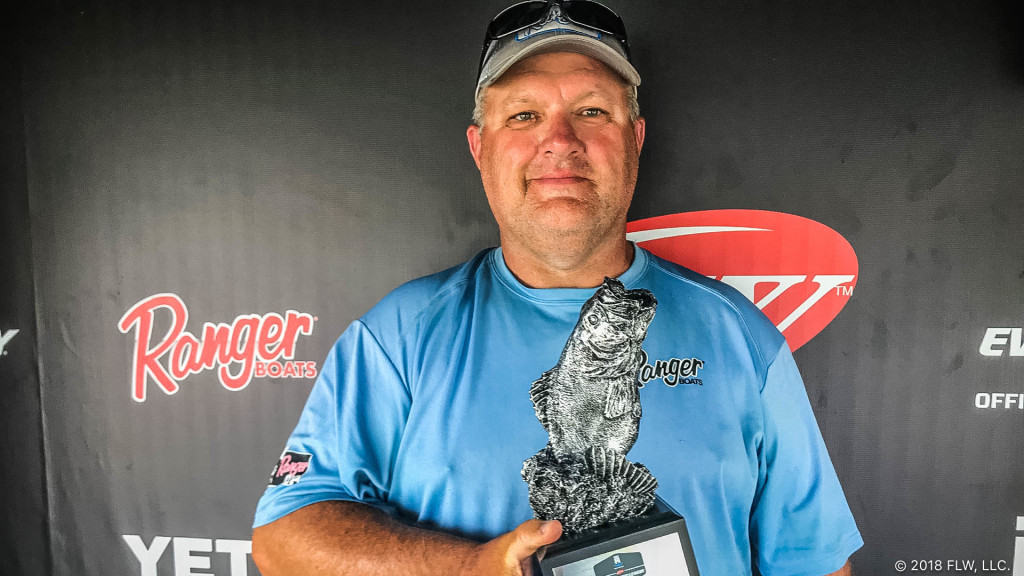 Quinlin said he fished close to takeoff in Lusk Creek, catching eight keepers throughout the day. He said he weighed his fish off of one lure – a Texas-rigged green-pumpkin-magic-colored Zoom Ultra Vibe Speed Craw with a ¼-ounce tungsten weight.

“I fished a half-mile stretch of shallow wood cover with laydowns and stumps,” said Quinlin, who notched his fourth win in BFL competition. “I pitched into 2 to 3 feet of water. The bite picked up in the late afternoon when the sun was high.”

“I thought the winning limit would come from up near the Barkley Dam,” said Quinlin. “I had some good bites up there in practice, but I had some in Lusk as well. I decided to maximize my fishing time instead of spending three hours heading up through the lock and back. My decision to stay definitely paid off.”

Dunn brought a 6-pound, 8-ounce, bass to the scale – the heaviest of the event in the Boater Division – and earned the day’s Boater Big Bass award of $400.

Aaron Arning of Walnut Hill, Illinois, and Jim Brown of Coulterville, Illinois, each caught 7 pounds, 11 ounces, of bass Saturday to tie for the win in the Co-angler Division. Brown earned $1,221 for his efforts, while Arning took home $1,321 after contingency bonuses.

Genaro caught the largest bass in the Co-angler Division weighing in at 5 pounds, 5 ounces. The catch earned him the day’s Co-angler Big Bass award of $200.