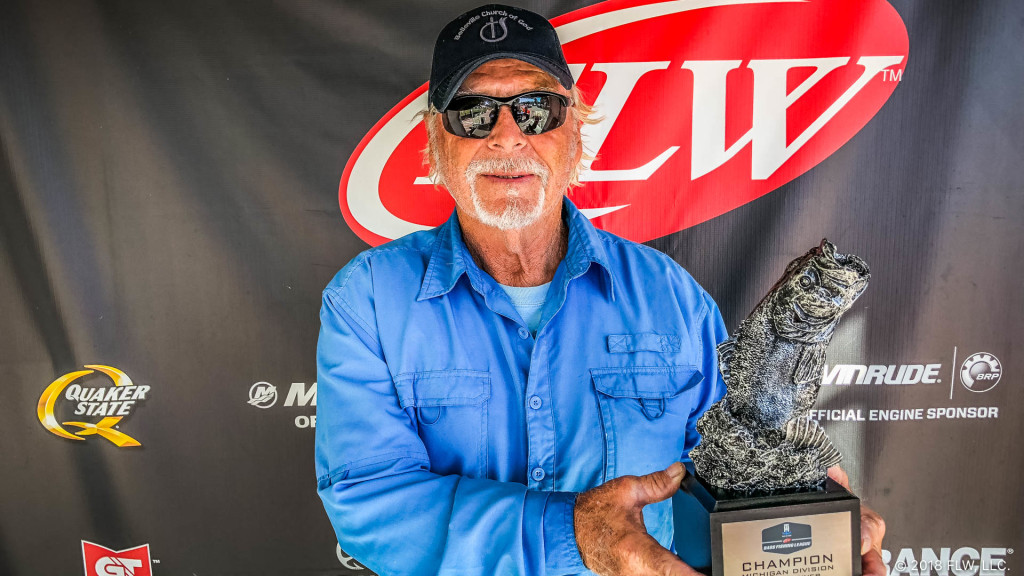 “This is like a dream come true – I’ve always wanted to win a BFL event,” said Goshen, who had three previous top-10 finishes on the Detroit River in BFL competition. “I used tubes, swimbaits and spinnerbaits and fished rocks and current all over the river.”

Goshen said he used a green pumpkin-colored Impulse Fatty Tube, a LIVETARGET Goby Paddle Tail Swimbait with a ¾-ounce head and a ¾-ounce chartreuse and white-colored custom bullet head spinnerbait. He noted that he was able to catch 25 to 30 keepers each day.

“I’ve got three or four favorite baits and if they wouldn’t hit one I’d throw another,” said Goshen. “I fished in 4- to 15-foot depths and covered a lot of water. It was a run and gun thing – I’d get one here and one there.”

Goshen said he experienced engine problems at the conclusion of the day Saturday, and that his son let him use his boat for the remainder of the event Sunday.

“I was really blessed. Without his help, I would’ve had to use my trolling motor all day (Sunday),” said Goshen.

Goshen said that the Spot-Lock feature on his Minn Kota Ultrex trolling motor was crucial to helping him stay put in the current Saturday, and that his Lowrance electronics helped him pinpoint specific spots to fish.

Jerry Arnett of Mexico, Indiana, caught a bass weighing 5 pounds, 15 ounces – the heaviest of the event in the Boater Division. The catch earned him the Boater Big Bass award of $682.

John Lovin of Fayetteville, Ohio, caught a two-day total of 10 bass weighing 44 pounds, 13 ounces, to win the Co-angler Division and $2,664.

Eric Wild of Brooklyn, Michigan, caught the largest bass in the Co-angler Division – a fish weighing 5 pounds, 9 ounces – and earned the Co-angler Big Bass award of $341.