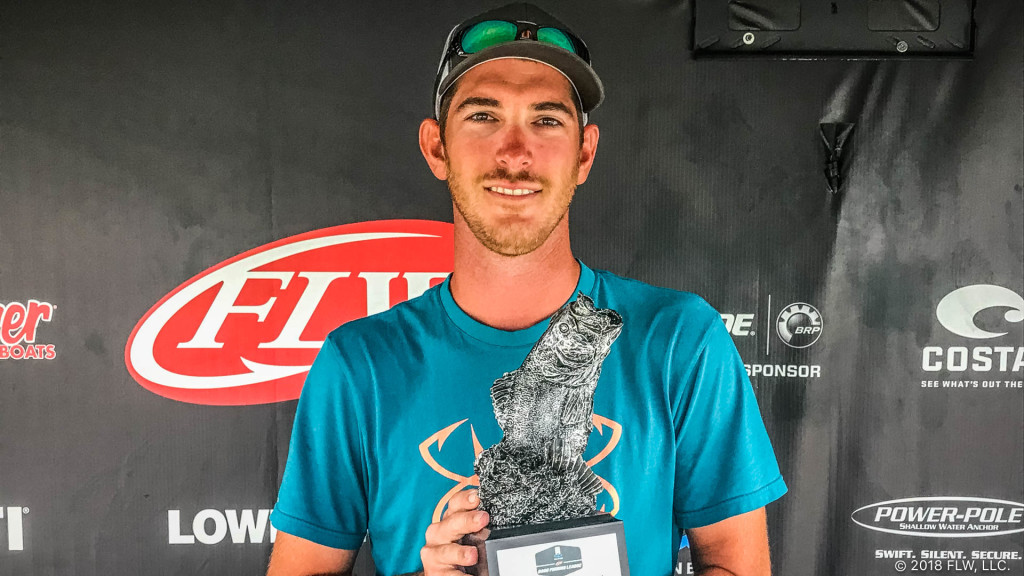 “On Saturday I caught them around the Kingston area of the lake. I caught them as the water was falling – I kind of moved out with the fish,” said Henley, who earned his first career win FLW competition. “I probably had four areas and fished laydowns and seawalls with a jig and buzzbait.”

“I started out with the buzzbait on the seawalls, but when the sun came out I switched to the jig and laydowns,” said Henley. “They didn’t want to chase anything after the sun came out. I caught about eight keepers total.”

On Sunday, as the water level continued to fall, Henley said he ran to a part of the lake near the Kingston steam plant and the mouth of the Emory River. He said he targeted visible isolated wood and rocky points and was able to put around 13 keepers in the boat.

“It was more of a pattern on Day Two,” said Henley. “I started out with the buzzbait, and then switched to a homemade vibrating jig with a white (Zoom Z-Craw) trailer when it got windy. I saw some bubbles on the retrieve which means a change in pressure, and usually the buzzbait bite does better with that. That’s when I started catching them on both lures.”

Rob Linkous of Rogersville, Tennessee, caught a bass weighing 4 pounds, 15 ounces – the heaviest of the event in the Boater Division. The catch earned him the Boater Big Bass award of $315.

Nelson caught the largest bass in the Co-angler Division – a fish weighing 4 pounds, 6 ounces – and earned the Co-angler Big Bass award of $300.