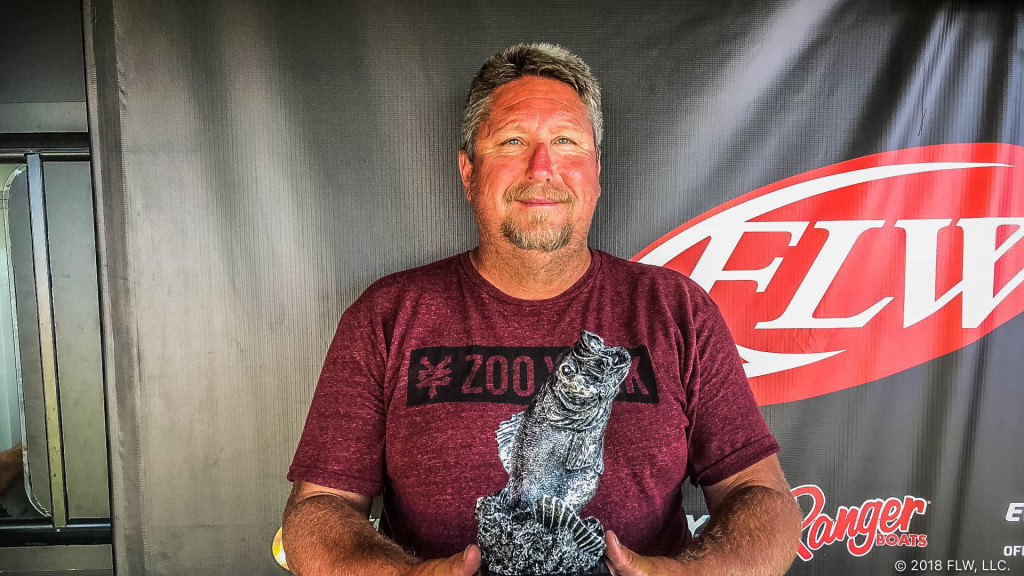 Darnell was unable to be reached for details, but according to post-tournament reports he caught his fish junk fishing north of the takeoff ramp. His most productive baits were a swimjig and a Z-Man ChatterBait.

Marvin Reese of Randallstown, Maryland, caught a largemouth weighing 5 pounds, 3 ounces – the heaviest of the event in the Boater Division. The catch earned him the Boater Big Bass award of $712.