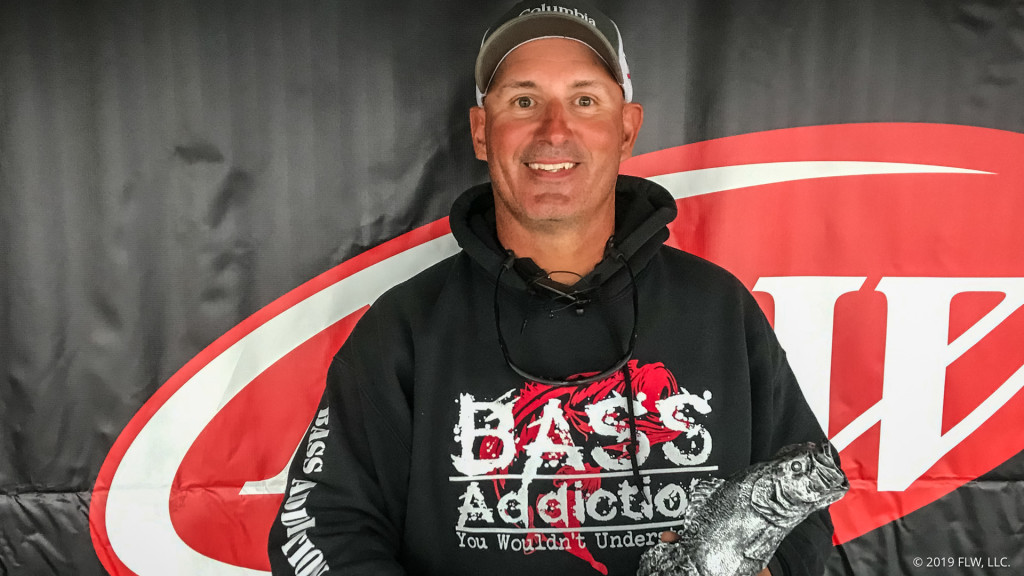 Anderson said he spent his day on the north end of the lake fishing the outside of the Kissimmee grass line and dragging baits through beds.

“I was pretty much around bedding fish – they were either coming in or going out,” said Anderson, who earned his first career win in FLW competition. “I worked the outside before I went into the middle ground. It rained a little bit and was windy and cold, so the weather made me go to the middle ground instead of me cutting off the fish as they came and went. It was so windy that I had to primarily concentrate on fish that were bedding.”

“I was fishing blind with both baits, just dragging them through beds. I used the lighter bait when there wasn’t much wind,” said Anderson.

Anderson said he caught his fish between 1 p.m. and 2:45 p.m., citing his 7-foot, 3-inch medium-heavy Reaper rod as especially helpful in feeling the bites.

“My Reaper let me feel those critical sensitive bites, which is important when you’re fishing blind. The fish only pick the bait up and move it for a few seconds, and I needed to be able to feel that in the wind.”

Rodney Marks of Apopka, Florida, caught a 9-pound, 3-ounce bass – the heaviest of the event in the Boater Division – and earned the day’s Boater Big Bass award of $605.

Charles Kilgore of Titusville, Florida, caught the largest bass in the Co-angler Division, a fish weighing in at 5 pounds, 8 ounces. The catch earned him the day’s Co-angler Big Bass award of $302.