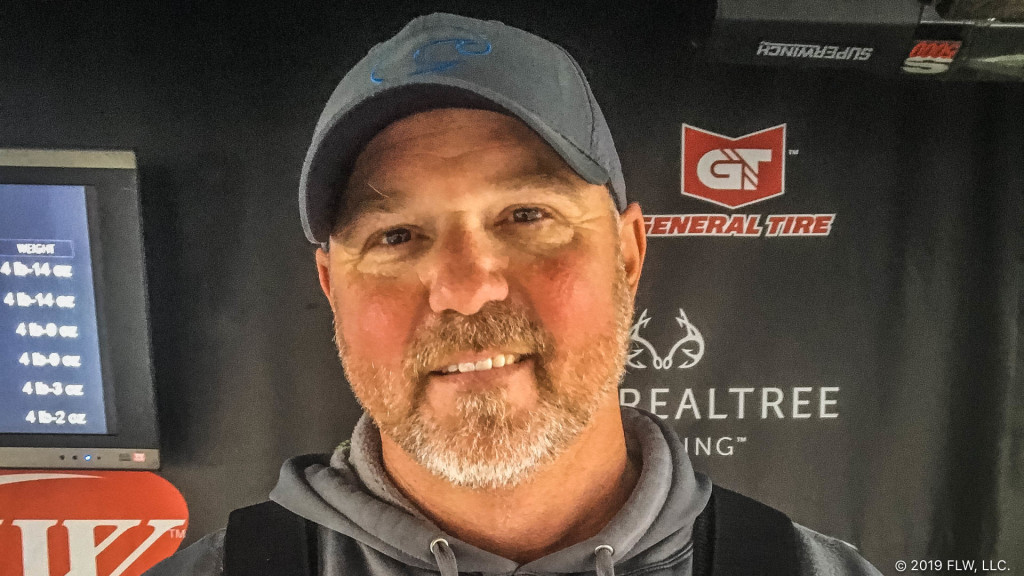 “I caught them running up to the ends of the creeks. I was targeting the last cover where the runoff was coming off the hills,” said Wagner, who earned his 11th career victory in BFL competition – tied for third most all-time. “They were in the current where the water was hitting the lake and that’s where I caught them – as shallow as I could get.”

Wagner said he caught seven keepers throughout the day. The fish he weighed came from a 5/8-ounce Missouri Craw-colored D&L Tackle flipping jig with a green-pumpkin-colored Zoom Super Chunk trailer.

“I was in Eagle Creek up lake, and stayed in there, but I probably hit five different little arms off of it,” said Wagner. “It was about finding the warmest water. The water was 52 to 54 degrees where I caught them Saturday, but in practice, in those general areas, the run offs were 48 to 50 degrees and the fish weren’t there, so you had to find the warmest water.”

Kirby caught a 4-pound, 10-ounce bass – the heaviest of the event in the Boater Division – and earned the day’s Boater Big Bass award of $290.

Von Hoene caught the largest bass in the Co-angler Division, a fish weighing in at 5 pounds, 2 ounces. The catch earned him the day’s Co-angler Big Bass award of $142.