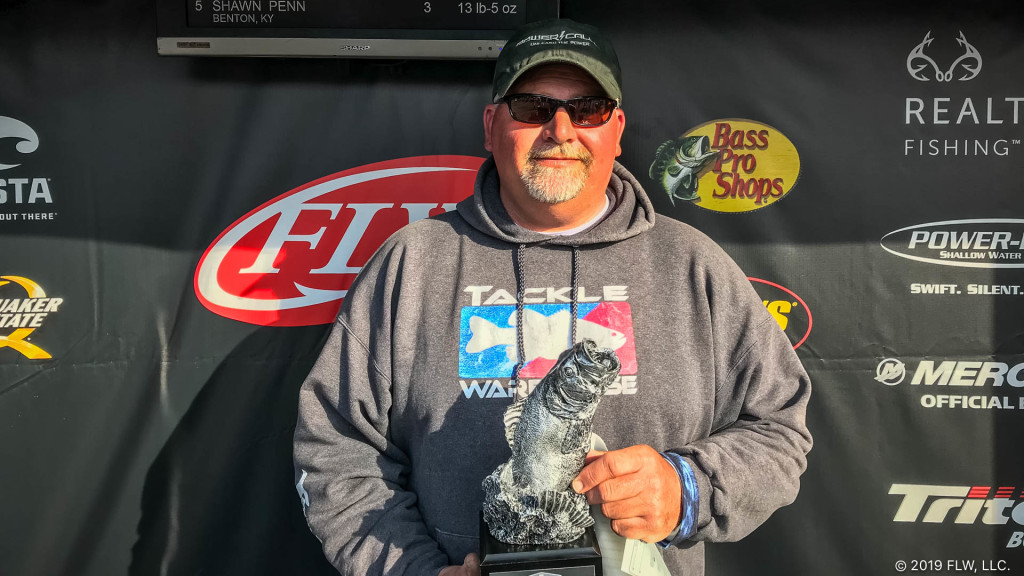 Vannerson said he worked along the west side of Kentucky Lake from Kentucky Dam Marina to the Highway 68 bridge. He said he was able to put 14 or 15 keepers in the boat.

“I was throwing a [3/8-ounce, white] Z-Man ChatterBait with a [white smoke-colored 3.5-inch] boot tail swimbait on secondary flats –looking for run-off ditches that were in the spawning pockets,” said Vannerson, who logged his first career win in FLW competition. “I’d throw up into the ditches and work it back to where I was, working both banks of the ditches.

“The fish sat on the sides where the break line is –where the water runs down through the ditch,” Vannerson said. “The baitfish used the break to run up and down the edges of the ditches. There were both bucks and female bass in there.”

Eversole caught a 6-pound, 12-ounce bass – the heaviest of the event in the Boater Division – and earned the day’s Boater Big Bass award of $435.

McCray caught the largest bass in the Co-angler Division, a fish weighing in at 6 pounds, 11 ounces. The catch earned him the day’s Co-angler Big Bass award of $212.

The tournament was hosted by the Kentucky Lake Convention & Visitors Bureau.