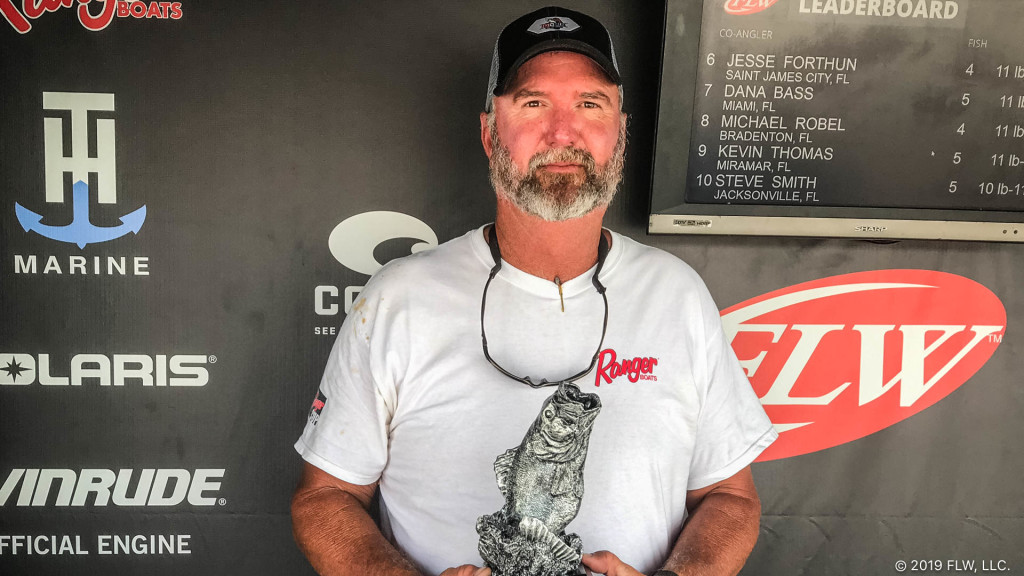 “I fished the North Shore area of the lake around scattered reed clumps. It’s a spawning area and during the spawn they get on those isolated clumps,” said Nix, who earned his second career win in FLW competition. “I caught most of my good fish early before 8:30 [a.m.], and one good one – a 4-pounder – around 11.”

Nix said he used a Texas-rigged, black and blue-colored Gambler Fat Ace with a 3/16-ounce weight to catch his fish on Saturday.

“I ended up catching more than 20 keepers during the tournament,” said Neil. “I also caught a couple flipping in Observation Shoals with a Texas-rigged [black and blue-colored Reaction Innovations] Sweet Beaver, but didn’t end up weighing any of those fish.”

Complete results can be found at FLWFishi/ng.com.

Davis caught a largemouth weighing 9 pounds even – the heaviest of the event in the Boater Division – and earned the day’s Boater Big Bass award of $475.

Larry Branch of Kissimmee, Florida, caught the largest bass in the Co-angler Division, a fish weighing in at 7 pounds, 5 ounces. The catch earned him the day’s Co-angler Big Bass award of $118.