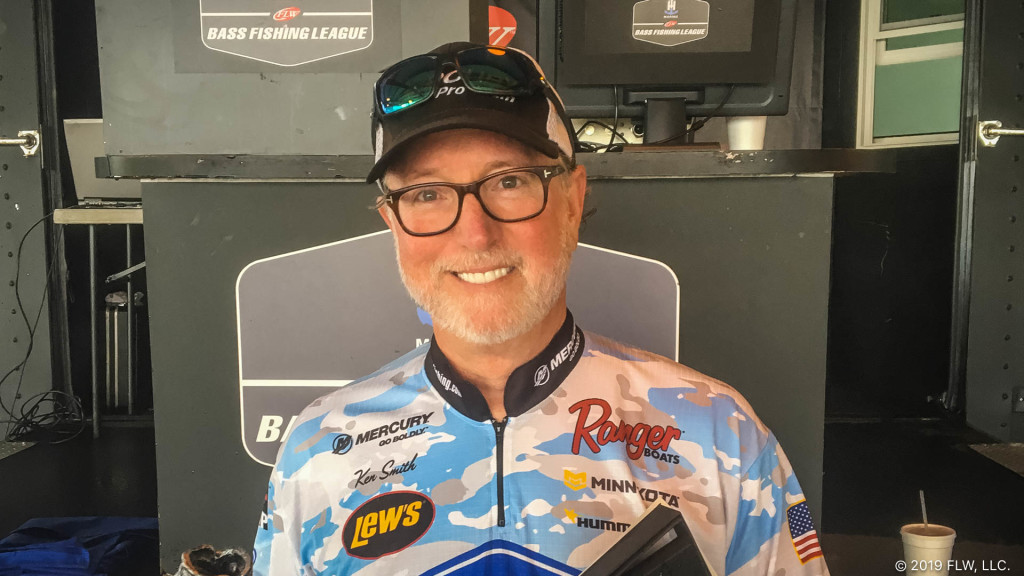 Due to a shortage of co-angler participants, Smith had to fish in a boater-on-boater format and was paired with River Lee of Nacogdoches, Texas. It was a successful day on the water for the duo, as Smith won the event while Lee finished the event in 12th place and won $431.

“I had fish down by the dam, but he had fish closer so we decided to start on his fish and work our way south,” said Smith, who earned his second career victory in BFL competition. “We were fishing in my boat, but we never made it to my fish. Our first spot – which River suggested – we caught five keepers, back and forth, and we never left the area. In fairness, the place we fished is a community hole, but I certainly want to give River credit for putting us on the winning fish.”

Smith said that he caught around a dozen keepers throughout the day flipping a Baby Bass-colored Yamamoto Senko on a Lew’s Custom Lite rod and reel combo with 20-pound Seaguar fluorocarbon.

“The key was fishing up in the viney bank grass,” Smith went on to say. “There were a lot of guys in the area fishing frogs and topwaters and we were coming in right behind them and catching them way up in the grass.”

.The top 10 boaters finished the tournament in:

Smith’s 7-pound, 14-ounce bass was the heaviest of the event in the Boater Division and earned the day’s Boater Big Bass award of $640.

Grubbs Jr. caught the largest bass in the Co-angler Division, a fish weighing in at 5 pounds, 13 ounces. The catch earned him the day’s Co-angler Big Bass award of $305.