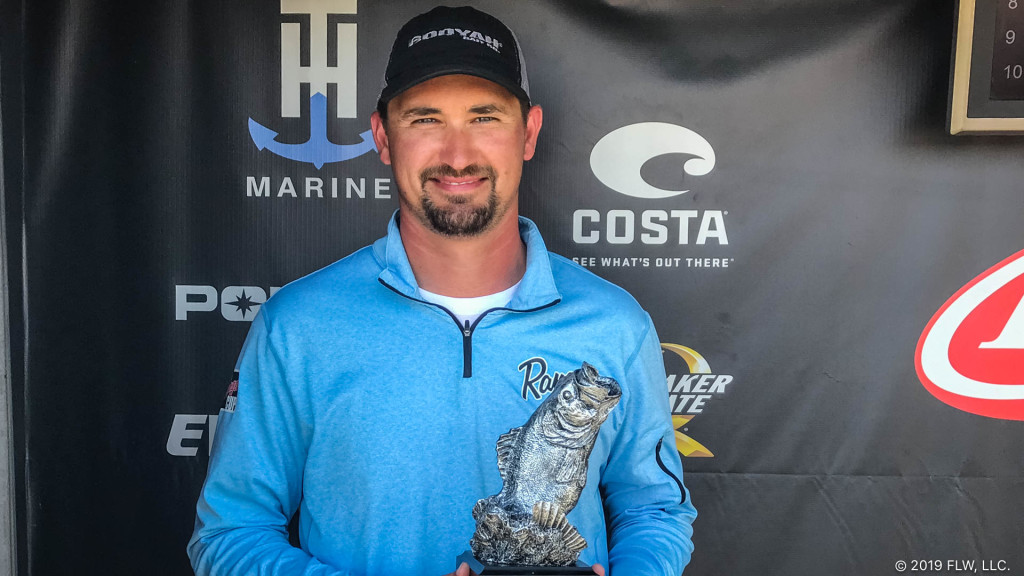 King said he slow-rolled spinnerbaits to earn his win. He said he used a ½-ounce black and chartreuse-colored Booyah Single Colorado Blade spinnerbait with a pearl-colored YUM Pulse swimbait before switching to a ½-ounce white, blue and chartreuse Booyah Double Colorado in the afternoon with the same trailer.

“I was throwing on small channel swing banks,” said King, who earned his first career victory in FLW competition. “I had two stretches about 50 yards long around the Oak Ridge Cove area that had channel swings and little sandy points with laydown logs. The fish were pulling out of spawning pockets and heading back out to the main lake.

In total, King said he caught eight keepers throughout his day.

Thomas Canady of Collinsville, Oklahoma, caught a 6-pound, 6-ounce bass – the heaviest of the event in the Boater Division – and earned the day’s Boater Big Bass award of $575.

Freel caught the largest bass in the Co-angler Division, a fish weighing in at 5 pounds, 4 ounces. The catch earned him the day’s Co-angler Big Bass award of $285.