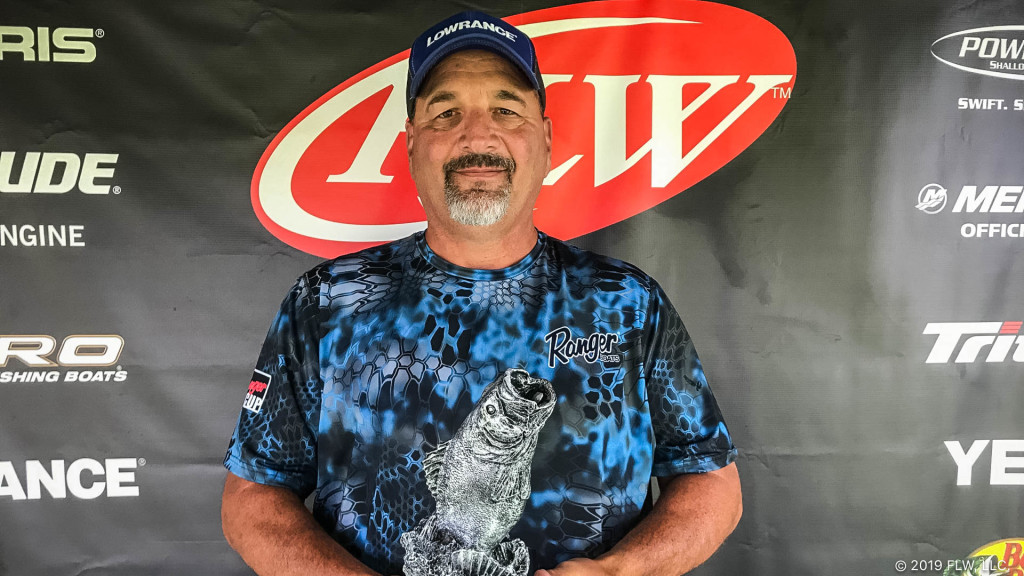 Mike Feldermann of Galena, Illinois, caught a bass weighing 4 pounds, 2 ounces – the heaviest of the event in the Boater Division – and earned the day’s Boater Big Bass award of $495.

Mike Puterbaugh of Montello, Wisconsin, and Joe Rockey of Schaumburg, Illinois, each caught 13 pounds, 4 ounces, worth of bass Saturday to tie for the win in the Co-angler Division. For their efforts, each angler took home $1,423.

Josh Mohn of Lansing, Iowa, caught the heaviest bass in the Co-angler Division, a fish weighing in at 3 pounds, 10 ounces. The catch earned him the day’s Co-angler Big Bass award of $247.