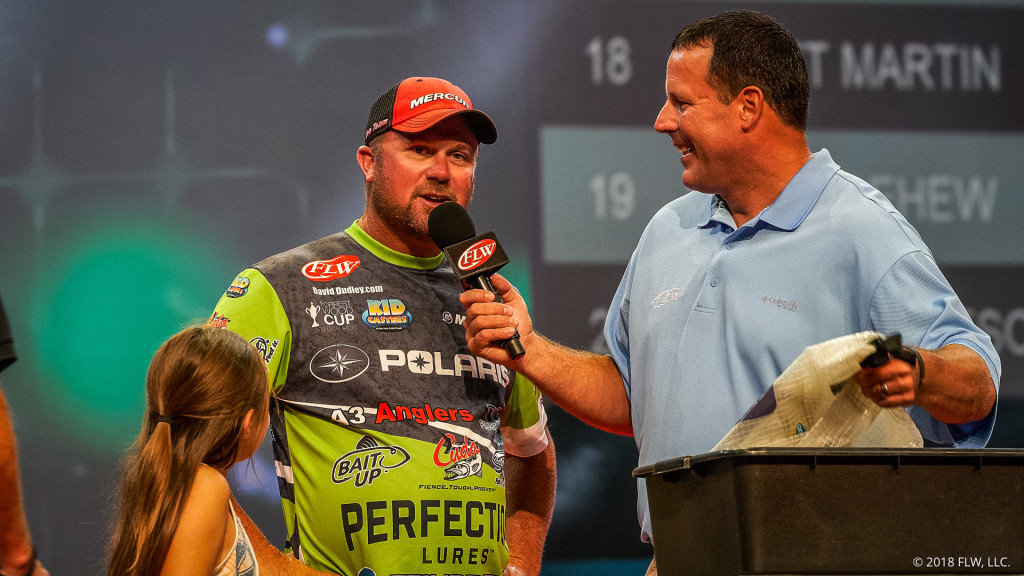 HOT SPRINGS, Ark. – The FLW Cup, the world championship of professional bass fishing, returns to Hot Springs and Lake Hamilton, Aug. 9-11, to crown bass fishing’s top angler of 2019. Hosted by the Arkansas Department of Parks and Tourism and Visit Hot Springs, the tournament will feature 52 of the world’s best bass-fishing professionals casting for the sport’s biggest award – $300,000 cash.

Although Hot Springs and Lake Ouachita have played host four times previously, the FLW Cup has been held just once at Lake Hamilton in the 24-year history of the FLW Tour – 2005. In that event Hot Spring’s local legend, pro angler George Cochran, won the event literally in his own backyard, catching key fish on a buzzbait about 300 yards from his house. He attacked the shallows of Lake Hamilton with a trip of topwater baits to earn a decisive final-day victory and the illustrious title.

Even though Lake Hamilton is only 7,200 surface acres, it fishes big enough for 52 pros thanks to miles of shoreline and more docks and brush piles than a bass angler could fish in a season. Expect several anglers to average 10 to 12 pounds a day and to be in the hunt for the win on Championship Sunday.

One pro in particular, Polaris pro David Dudley of Lynchburg, Virginia, has had an incredible season – winning his fourth Angler of the Year (AOY) title – and is primed to take his shot at bass fishing's top prize.

"The most exciting thing for me is to get the chance to fish for $300,000," Dudley said. "It gets my blood flowing. I also want to become the first man to ever win two FLW Cups."

Dudley seems to shine when he fishes in tournaments with very large purses. Key wins in Dudley's career include the 2003 FLW Cup on the James River, where he won $500,000, and the 2002 Ranger M1 Millennium on the Mobile-Tensaw Delta that brought a $700,000 payday.

Dudley cemented his fourth FLW Tour AOY title at the Lake Champlain event earlier this year. With the title, Dudley became the first pro to win four AOY crowns. The AOY title pushed FLW's leading money winner past the $3.6 million mark. He was the youngest angler to the $2 million mark. He has accumulated seven FLW wins, 44 top-10 finishes and has qualified for 21 FLW Cup appearances in his 24 years as a pro.

"Summertime fishing is always tough, but they'll be biting," Dudley said. "Hamilton is a small lake, but it has miles and miles of shoreline so I think it’ll fish pretty big. It’s going to be a grind, but I’d expect nothing less in August."

Another angler ready for his shot at Lake Hamilton is Tennessee’s Brad Knight, who won the 2015 FLW Cup on Lake Ouachita. Knight said he thinks the winning angler will need to boat 13 pounds a day to earn the title, and he expects anglers will be able to fish their strengths.

“Some people call it ‘junk-fishing’, but I call it hustle,” said Knight. ”We’re going to have to mix it up and it will be all about putting in the hustle. You have just as good of a shot of winning with a buzzbait as you do drop-shotting brush piles. We’re going to be able to catch fish however we feel most comfortable, but every decision and every fish catch will be critical.”

Also in Hot Springs next week, the Dee Zee FLW/KBF Cup presented by YakAttack will be held on Lake Ouachita. The tournament will feature top kayak bass anglers from around the country competing for a for a total prize package of $18,000, with winners being recognized on the FLW stage.

Fans will be treated to the FLW Expo at the Hot Springs Convention Center located at 134 Convention Blvd., in Hot Springs, each day from 10 a.m. to 4:30 p.m. prior to the weigh-ins. The Expo includes activities, giveaways and games provided by more than 40 FLW sponsors, as well as the opportunity to shop the latest and greatest tackle and outdoor gear from more than 100 exhibitors – including multiple kayak-fishing companies in the Expo’s new Kayak Village. A Ranger boat simulator, a casting pond and a trout pond for children, as well as the opportunity to meet and interact with top professional anglers, including Hank Parker, Jimmy Houston, and many more also awaits fishing fans.

On Saturday and Sunday the first 250 children each day 14 and under who are accompanied by an adult will receive a voucher to redeem for a free rod-and-reel combo after the evening’s weigh-in from Shakespeare rods. On Saturday, one lucky fishing fan will win a brand new Jackson Kayak Coosa FD following the weigh-in, and on Sunday a new Ranger Z521L bass boat with a 250-horsepower Evinrude or Mercury outboard motor bill be awarded. The Kayak and Ranger Boat giveaways are free to enter but the winner must be present at the conclusion of each day’s final weigh-in to win.

FLW fans will also enjoy the Bass & BBQ Festival in conjunction with the FLW Expo. FLW has partnered with the Arkansas Democrat Gazette to feature award-winning BBQ teams offering delicious fare to visitors and raising money for local charities. Come enjoy all of the fishing action and barbeque from top barbeque teams on Friday, Saturday and Sunday 10 a.m. to 4:30 p.m. and help raise money for some worthy causes.

Country music superstar Trace Adkins will perform a free concert on the weigh-in stage at the Bank OZK Arena on Sunday, Aug. 11, starting at 4 p.m., prior to the final weigh-in. The concert is presented by Realtree and KSSN 96. Adkins will be showcasing his fiery and memorable live performance to fishing fans in Arkansas as well as live-streamed to fans around the globe at FLWFishing.com.