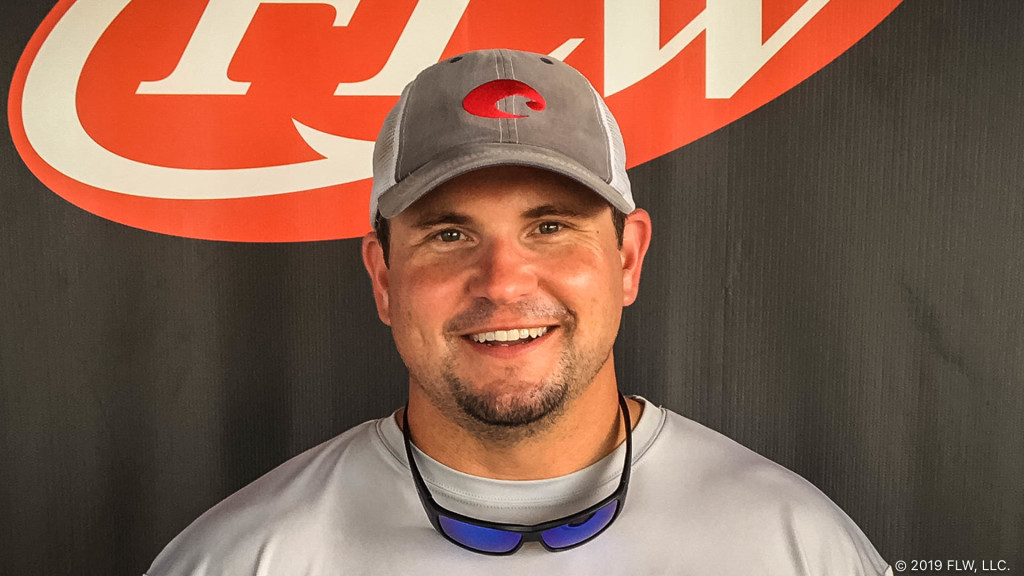 Langford said he fished mid-river, in Occoquan Bay. He caught them out of heavy grass mats using a Texas-rigged green-pumpkin-colored Reaction Innovations Sweet Beaver, paired with a 1¾-ounce weight.

“I really fished one area where you could get bit on– the river is fishing tough right now,” said Langford, who notched his first career win in FLW competition. “The area was probably 500 yards, but had key spots within the stretch. There was some moving water in those spots and the high tide helped.”

“I caught 7 or 8 keepers during the tournament,” said Langford. “They bit best when the water was moving – at the end of the incoming tide and the beginning of the outgoing tide.”

Langford went on to say that he caught a key fish in the very back of a creek during low tide around 1:30 p.m. using a white 3/8-ounce Z-Man Evergreen ChatterBait Jack Hammer with a white Reaction Innovations Skinny Dipper trailer.

Svec caught a bass weighing 6 pounds, 3 ounces – the heaviest of the event in the Boater Division – and earned the day’s Boater Big Bass award of $240.

Huwar also caught the heaviest bass in the Co-angler Division, a fish weighing in at 4 pounds, 10 ounces. The catch earned him the day’s Co-angler Big Bass award of $120.

The top 45 boaters and co-anglers in the region based on point standings, along with the five winners in each qualifying event, will be entered in the Oct. 3-5 BFL Regional Championship on Lake Hartwell in Seneca, South Carolina, presented by Navionics. Boaters will compete for a top award of a Ranger Z518L with a 200-horsepower outboard and $20,000, while co-anglers will fish for a new Ranger Z518L with a 200-horsepower outboard.