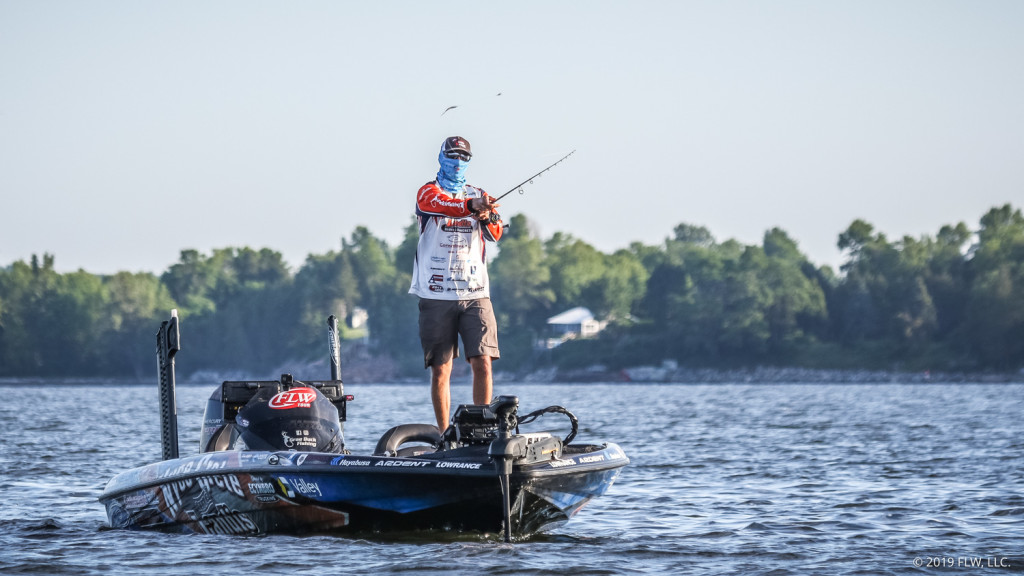 SANDUSKY, Ohio – Fishing League Worldwide (FLW) is set to visit northern Ohio next week, Sept. 6-7, with the YETI FLW College Fishing tournament at Lake Erie and the Bass Pro Shops FLW High School Fishing Open at Lake Erie presented by Costa. The tournaments, hosted by the City of Sandusky, will showcase some of the top young anglers from across the region competing for cash and prizes and angling for their chance to advance to the FLW College Fishing National Championship and High School Fishing National Championship events.

“There is going to be a lot of fish schooled up out deep, and it will take a lot of idling to find them, but once they find them, they’re going to catch a ton of fish,” said third-year FLW Tour pro Grae Buck of Harleysville, Pennsylvania, a former College Fishing angler who competed for Penn State University. “The fish tend to group up by size – you’ll find a school of 2½- to 3-pounders, then move around and find a school of 4- to 5-pounders. The key to winning these tournaments will be finding that bigger class of fish.”

Buck predicted that the event would be won and the overwhelming majority of clubs would weigh in with a limit of smallmouth bass, but did say that there could be a few largemouth brought to the scales, especially if the wind becomes a factor and anglers choose to stick to Sandusky Bay. He said that drop-shot rigs will be the primary lure of choice for tournament competitors.

“They’re going to be dropping anything that mimics a goby or perch,” Buck said. “A lot of green-pumpkin colors, maybe something with a pearl belly. If I was fishing this tournament, I’d be using a Cornerstone Shimmy Shot.

The college anglers will kick off competition on Friday, Sept. 6, at 7 a.m. EDT at the Shelby Street Public Boat Launch, located at 101 Shelby St., in Sandusky. The weigh-in will be held at the park on Friday at 3:30 p.m. The high school anglers will then compete on Saturday, Sept. 7, launching at 7 a.m. from the park and weighing in at 3:30 p.m. All takeoffs and weigh-ins are free to attend and open to the public, and will be streamed live online at FLWFishing.com.