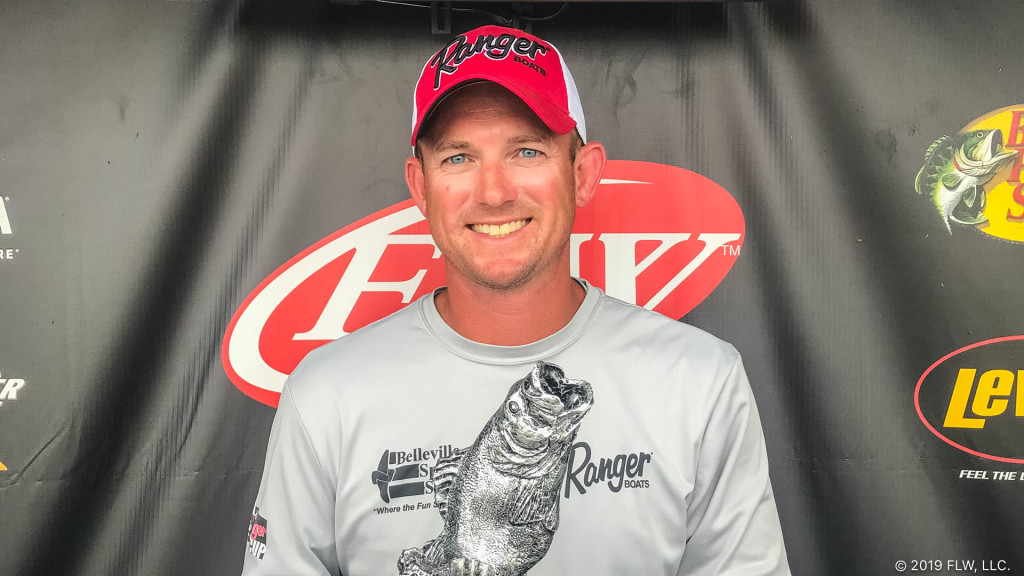 “I took off each morning with one rod on the deck,” said Smith, who notched his first win as a boater in BFL competition. “I was pitching to shallow wood, mid-lake. I fished a 3-mile section, anywhere from 2 to 10 feet of water. The first day was sunny, with no wind. The second day we had clouds and rain. I was pretty worried the wood pattern wouldn’t hold up but it ended up working out.”

“The fish were in transition from summer to fall patterns – the bites were hard to come by,” said Smith. “It was sporadic each day. I was able to get a lot in practice that I ended up shaking off. Fortunately, a lot of those fish bit during the tournament.”

“The best anglers in Illinois compete in this division, so to get a win – especially at a two-day event – was pretty special for me.”

Wilson caught a bass weighing 4 pounds, 10 ounces – the heaviest of the event in the Boater Division – and earned the day’s Boater Big Bass award of $442.

Davis caught the heaviest bass in the Co-angler Division, a fish weighing in at 4 pounds, 13 ounces. The catch earned him the day’s Co-angler Big Bass award of $221.