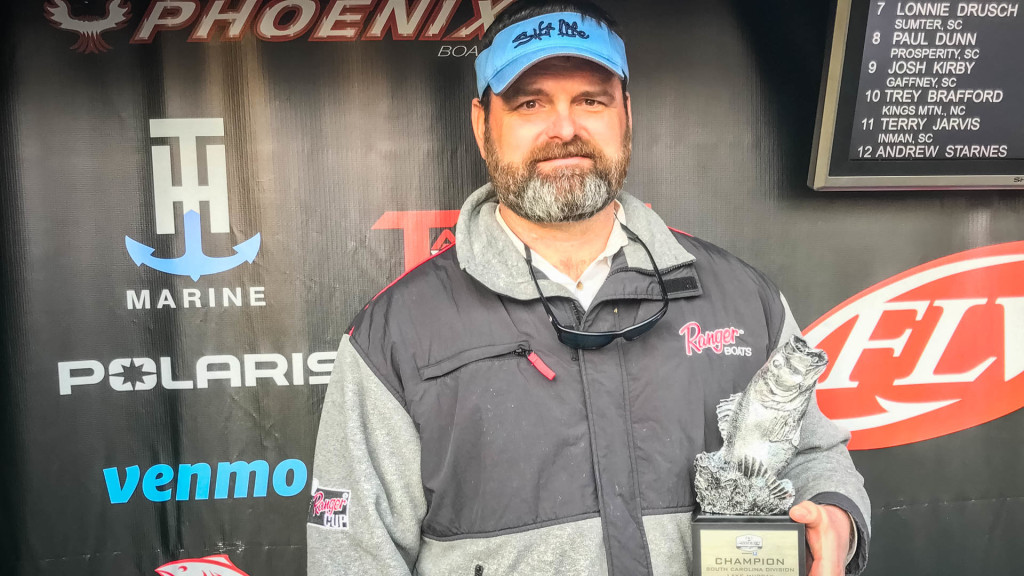 “The key was that I was in the right place at the right time,” said Guyot, who earned his first career victory as a boater in Bass Fishing League competition. “I was fishing stained water in Bear Creek – from the mouth all the way to the back of the creek.”

Guyot said that his most effective bait for the majority of the day was crawdad-colored shallow crankbaits, but his biggest fish came on a chartreuse and white-colored ½-ounce spinnerbait with double willow blades.

“The wind was tough in a few spots, but it really worked to our advantage later in the day,” Guyot went on to say. “We had to adapt to it, but I made some good decisions and every spot that we went to, it worked out.”

Story was the highest-finishing FLW PHOENIX BONUS member and took home an extra $500. Boaters are eligible to win up to an extra $7,000 per event in each Phoenix Bass Fishing League presented by T-H Marine tournament if all requirements are met. More information on the FLW PHOENIX BONUS contingency program can be found at PhoenixBassBoats.com.

Hodges caught the largest bass in the Co-angler Division, weighing in at 6 pounds, 6 ounces. The catch earned him the day’s Co-angler Big Bass award of $305.

The 2020 Phoenix Bass Fishing League presented by T-H Marine on Lake Murray was the first of five qualifying events in the South Carolina Division.