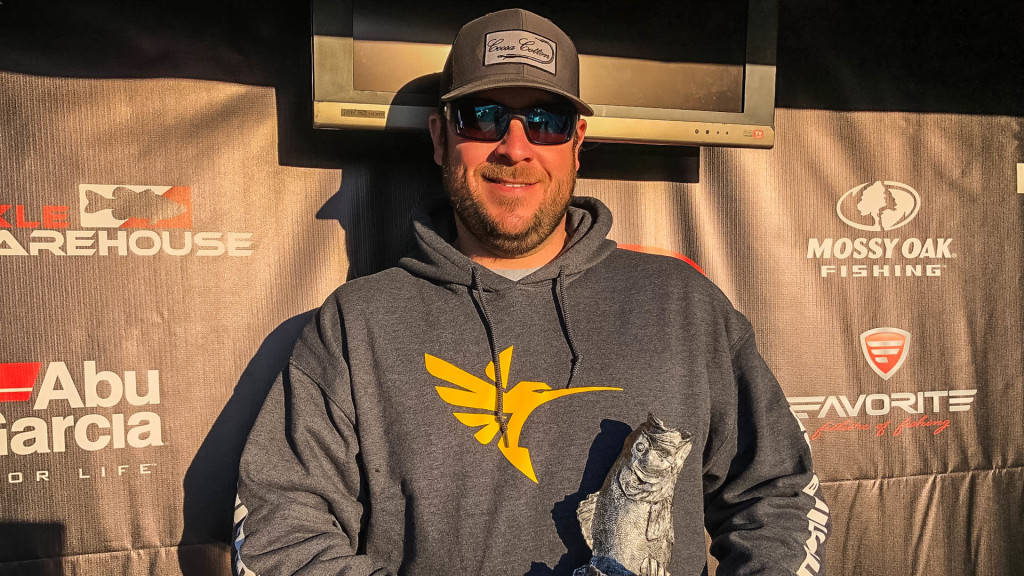 “Lake Chickamauga is my home waters, so it feels pretty nice to get a win here,” said Hicks, who earned his second career victory in Bass Fishing League competition. “I fished the lower end of the lake all the way to above Dayton – about 25 different spots in that 20-mile stretch.

Davis brought an 8-pound, 7-ounce bass to the scale to win the day’s Boater Big Bass award of $885.

Davis also took home an extra $500 as the highest finishing FLW PHOENIX BONUS member. Boaters are eligible to win up to an extra $7,000 per event in each Phoenix Bass Fishing League presented by T-H Marine tournament if all requirements are met. More information on the FLW PHOENIX BONUS contingency program can be found at PhoenixBassBoats.com.

Adam Hickman of Caledonia, Mississippi, caught the largest bass in the Co-angler Division, a fish weighing in at 8 pounds even. The catch earned him the day’s Co-angler Big Bass award of $442.