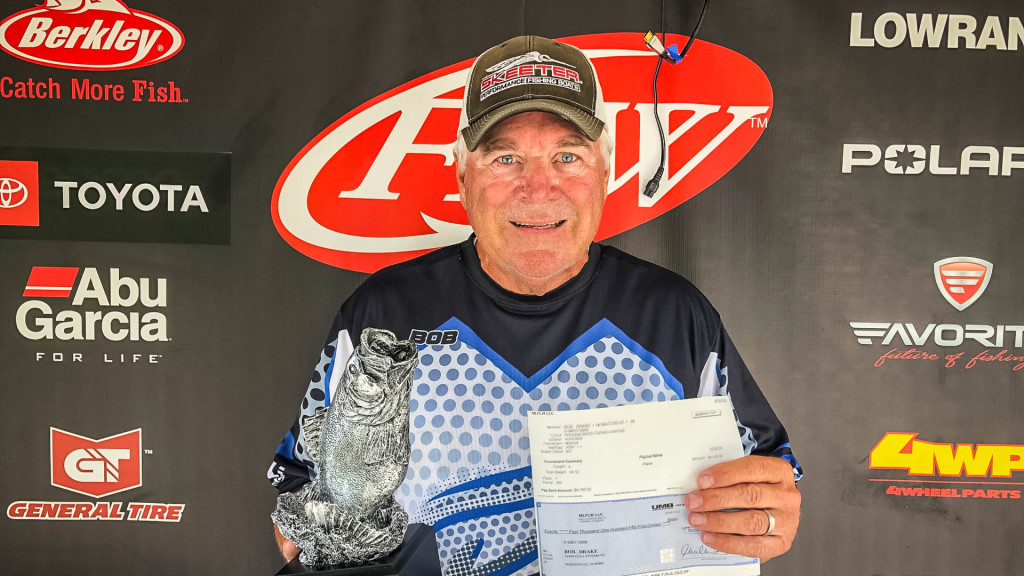 BLOOMINGTON, Ind. – It was a double-header for bass anglers this past weekend in Bloomington with the Phoenix Bass Fishing League presented by T-H Marine on Lake Monroe events presented by Fish-Intel. FLW, the world’s largest tournament-fishing organization, rescheduled the events after the coronavirus pandemic forced the organization to pause competition in mid-March.

Quinlin was the highest-finishing FLW PHOENIX BONUS member and took home an extra $500. Boaters are eligible to win up to an extra $7,000 per event in each Phoenix Bass Fishing League presented by T-H Marine tournament if all requirements are met. More information on the FLW PHOENIX BONUS contingency program can be found at PhoenixBassBoats.com.

Gill caught the largest bass in the Co-angler Division Saturday, weighing in at 6 pounds, 9 ounces, to earn the day’s Co-angler Big Bass award of $148.

According to post-tournament reports, Sunday’s boater winner Bob Drake caught his fish with a Marten’s Madness-colored Roboworm on a drop-shot rig on the main lake, about 3 to 4 miles from the takeoff site.

Complete results for Sunday’s event on Lake Monroe can be found at FLWFishing.com.

Mike Quinlin of Mooresville, Indiana, brought a 6-pound, 1-ounce bass to the scale Sunday to earn the day’s Boater Big Bass award of $570.

Bill Smith of Columbus, Indiana, caught Sunday’s largest bass in the Co-angler Division, weighing in at 7 pounds, 3 ounces. The catch earned him the day’s Co-angler Big Bass award of $285.

The 2020 Phoenix Bass Fishing League presented by T-H Marine Double-Header on Lake Monroe presented by Fish-Intel was the first and second of five qualifying events in the Hoosier Division.