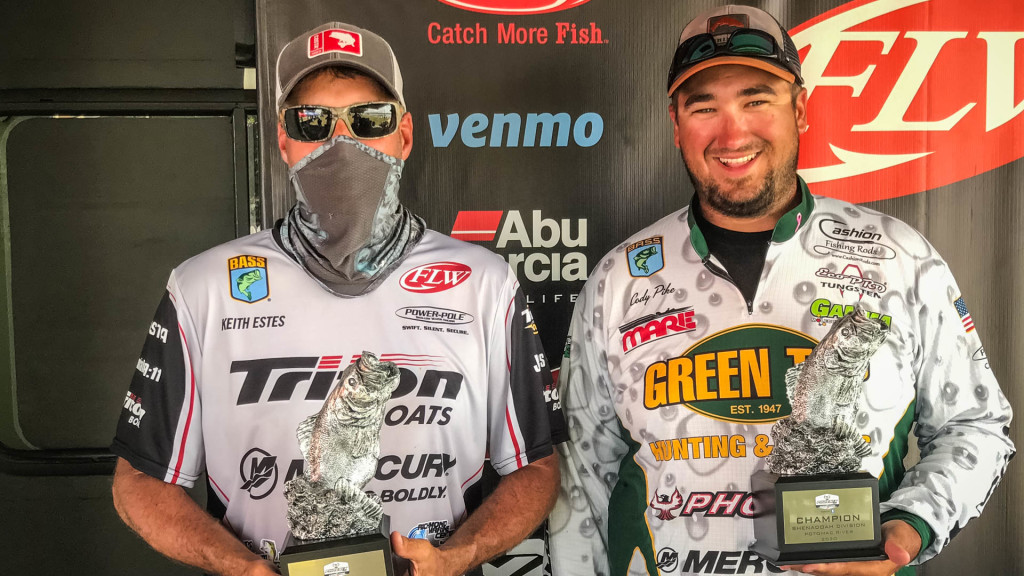 MARBURY, Md. – Boaters Cody Pike of Powhatan, Virginia, and Keith Estes of Spring Grove, Virginia, both brought a five-bass limit to the scale Saturday weighing 16 pounds, 9 ounces to tie for the win at the Phoenix Bass Fishing League presented by T-H Marine on the Potomac River in Marbury, Maryland. Estes earned a total of $4,262 after contingency awards, while Pike took home $10,262, including the lucrative $7,000 FLW PHOENIX BONUS contingency award.

The tournament was the fourth of five events in the Shenandoah Division presented by A.R.E. Truck Caps.

“Today was a slow grind for me, and everything that I caught came fishing extremely slow in the grass with soft plastics and Strike King creature baits,” said Estes, who earned his second career win in FLW competition. “The key was just being patient. I love river fishing – especially when there is an outgoing tide – so I had to wait for the small window at the end of the day with the outgoing water and it paid off for me in the end.”

“I was fishing grass – not the thick matted hydrilla, but the sparser deep grass,” said Pike, who also picked up the second win of his FLW career. “It had to be the deepest grass that you could find. I caught them all on a black-and-blue-colored 3/8-ounce Dave’s Tournament Tackle Swim Jig.”

Jonathan Patkus of Columbia, Maryland, earned the win in the Co-angler Division Saturday after catching a five-bass limit weighing 12 pounds, 10 ounces. Patkus earned $2,175 for his victory.

Edward Dustin of Fredericksburg, Virginia, caught the largest bass in the Co-angler Division, a fish weighing in at 4 pounds 4 ounces. The catch earned him the day’s Co-angler Big Bass award of $307.