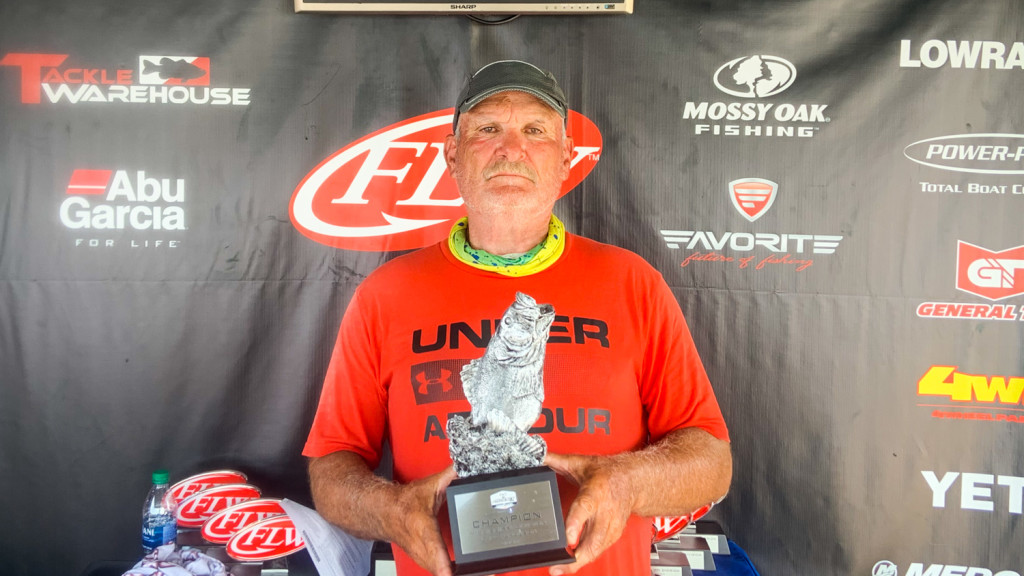 “It feels real good to win one,” said Jordan, who earned his first career victory in his return to the Bass Fishing League after an eight-year hiatus. “I stayed in Lake Ferguson all day and fished on both the north and south end of the lake.

“The key for me was the sunshine, hot weather and light wind,” Jordan continued. “The fish have been scattered, but those fish have pulled out in the hot, calm weather and they are finally stacked up. I caught them fishing brush tops in 12 to 14 feet of water, with a sexy shad-colored Strike King 6XD.”

Coy was the highest-finishing FLW PHOENIX BONUS member and took home an extra $500. Boaters are eligible to win up to an extra $7,000 per event in each Phoenix Bass Fishing League presented by T-H Marine tournament if all requirements are met. More information on the FLW PHOENIX BONUS contingency program can be found at PhoenixBassBoats.com.

Estes caught the largest bass in the Co-angler Division – a nice 5-pound, 11-ouncer. The catch earned him the day’s Co-angler Big Bass award of $225.

The 2020 Phoenix Bass Fishing League presented by T-H Marine on Lake Ferguson was hosted by the Greenville/Washington County Convention and Visitors Bureau. It was the fourth of five qualifying events in the Mississippi Division.

The top 45 boaters and co-anglers in the Mississippi Division based on point standings, along with the five winners of each qualifying event, will be entered in the Oct. 8-10 Bass Fishing League Regional Championship on Lake Chickamauga in Dayton, Tennessee, hosted by the Rhea County Economic and Tourism Council. Boaters will compete for a $60,000 prize package, including a new Phoenix 819 Pro bass boat with a 200-horsepower Mercury outboard and $10,000, while co-anglers will fish for a new 18-foot Phoenix bass boat with a 200-horsepower outboard.