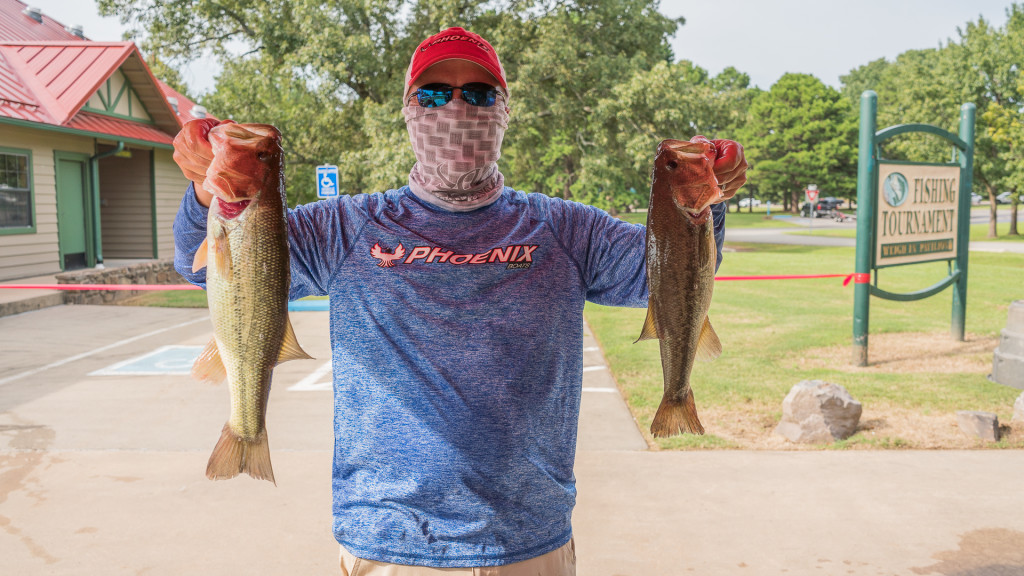 Lieblong spent most of the tournament in a relatively small area in the lower part of Lake Dardanelle that teemed with baitfish. He caught most of them on a white Z-Man ChatterBait Jack Hammer and a bone colored topwater by Paycheck Baits called The One, which is no longer produced. He also flipped wood cover with a green pumpkin Zoom Brush Hog.

Discouraged from nearly a half decade of futility on his home lake, Lieblong said he dedicated himself this year to winning this Toyota Series event. He fished many small tournaments throughout the summer and paid close attention to prominent local anglers like Kevin Short, who finished 10th in this event.

“That’s the best of the best,” Lieblong said. “Fishing against those guys every weekend, you’re doing something. It’s time on the water. Find a spot here and there and find out what’s going on. It’s making the right choices, like coming back downriver yesterday when we weren’t getting bit upriver.

“The lake level was high on the lower end, which makes it good for my kind of fishing,” Lieblong explained. “The wind pushed the bait out, but they were still on points in 2 to 3 feet of water. The shad were so thick you could almost walk on them. We threw a ChatterBait or Spook to fire them up, and it never stopped.”

The Toyota Series at Lake Dardanelle presented by Fish-Intel was hosted by Russellville Advertising and Promotions. It was the first of three regular-season tournaments in 2020 for Plains Division anglers. The next event for Toyota Series anglers will take place Sept. 24-26 – the Toyota Series at Clear Lake in Clearlake, California. For a complete schedule, visit FLWFishing.com.