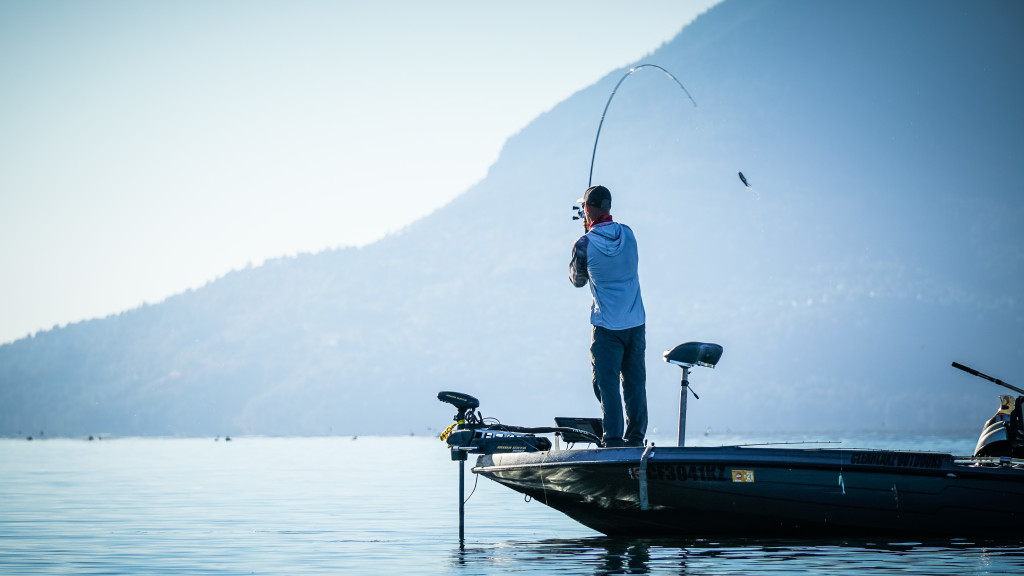 As is usual for Clear Lake, the final Toyota Series Western Division event was a catchfest. Though weights weren’t incredibly high, many of the pros caught a pile of fish, and at least one angler caught more than 20 pounds each day.

Winning the event, Tai Au crushed 26 pounds on the final day to rocket past Tom White. Au keyed on mid-depth grass, but that was far from the only way to get it done. 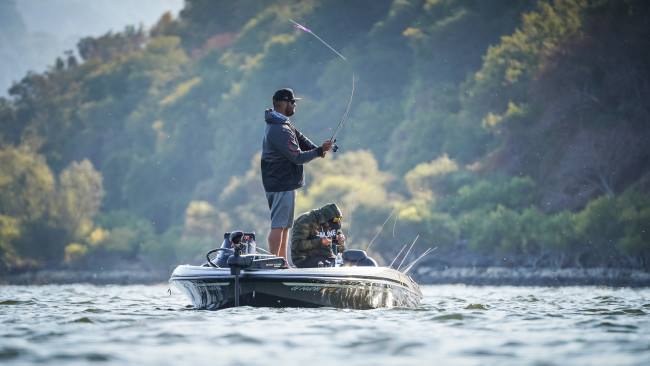 After the two first days of the event, it was apparent that Tom White was clearly around some quality fish. Between both of his co-angler partners and himself, his single spot on Shag Rock had produced north of 80-pounds of Clear Lake bass.

"Shag Rock is no secret and it is a community hole," White says. "I didn't figure it out until 10:00 on the first day of the tournament, but the key thing that separated us was how deep we were willing to go and committing to sitting in one spot all day. The best depth range was 10 to 40 feet and we actually had to needle some fish."

Two finesse approaches did most of the work for him – a drop-shot and Neko rig.

He fished a 6-inch Roboworm Straight Tail Worm in the M.M.III color with a 3/16-ounce drop-shot weight. For the Neko rig, he utilized a 5-inch Yamamoto Senko in the green pumpkin, amber laminate color that he inserted a 3/32-ounce nail weight into. 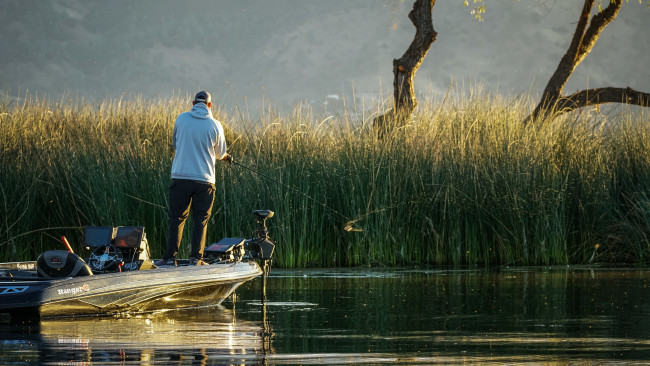 MLF Bass Pro Tour pro Jared Lintner stuck to one pattern all week long on what he considers his favorite lake in the country.

"I fished topwaters extremely shallow and covered a lot of water," he says "I can get kind of stubborn and stick with one thing if I know it will catch big ones. That's what hurt me yesterday."

Lintner says he stuck in less than 5 feet of water and got a little stubborn on day two, when it wasn’t working and he only weighed 14 pounds. 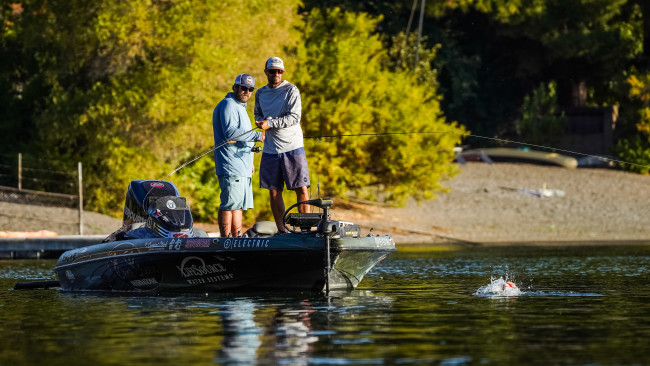 4. One hole does it for Kerr

Justin Kerr remained consistent all week and did all of his damage in one mid-lake spot and remained there for much of the tournament.

"It is a place that I have fished for years and the fish migrate in and out of there," Kerr says of his location. "There's some grass and it is a little ditch in around seven-feet of water and I stayed there pretty much the entire tournament."

His main bait this week was a chartreuse Evergreen CR-8, but he also landed some key fish on a Carolina rig with the new Zoom Midsize Brush Hog in green pumpkin. 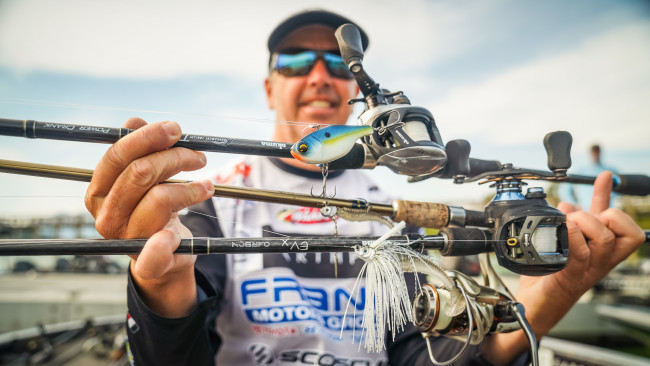 Todd Kline remained on the southern end of the lake while just about everyone else ran north and targeted bass feeding on shad with a handful of different baits.

"It was all south and there was nobody around me," Kline says. "In practice, I got on a swim jig bite shallow and an underspin bite out in deeper water."

The first day he managed 14-12 upped that by an even six pounds on the second day as brought in the only 20-pound plus bag on the pro side on day two.

"The first day it was game on for the first hour or so and every cast," he says. "They just weren't very big and when I went back the second day, their big brothers had shown up."

He fished all shad pattern baits and went with a Revenge Swim Jig in shallow water and a Coolbaits Lure Co. "The Down Under" Underspin with a paddle tail swimbait.

"I'd fish the underspin in deeper stuff if I knew there was a hard bottom and used the swim jig around the grass," he says. "I was also catching them on an ima Rock N Vibe lipless crankbait and yo-yoing it and ripping it through the grass." 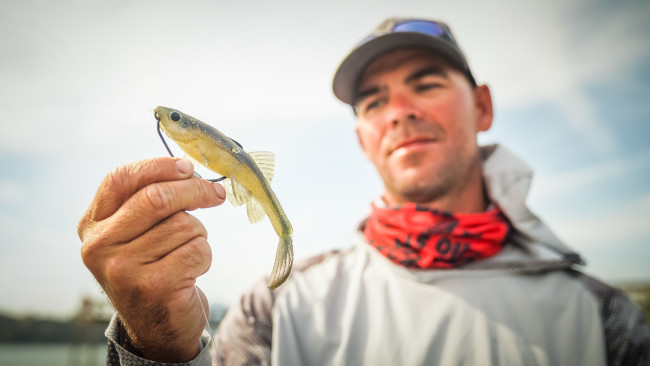 John Pearl started the event strong with a 20-13 tally and backed it up with two 15-pound bags. He did most of his work near the mouth of Rodman Slough in shallow water with a one-two punch of a ChatterBait and swimbait.

"I had 40 keepers the first day," Pearl says. "Then probably ten yesterday and 20 today."

On a tougher day two, he abandoned his main plan to salvage the day.

"I left there around 1:00 because they just weren't biting," Pearl says. "I ran to some deeper grass and started flipping a 1-ounce weight with a Strike King Magnum Menace Grub in the bluegill color to cull a few times." 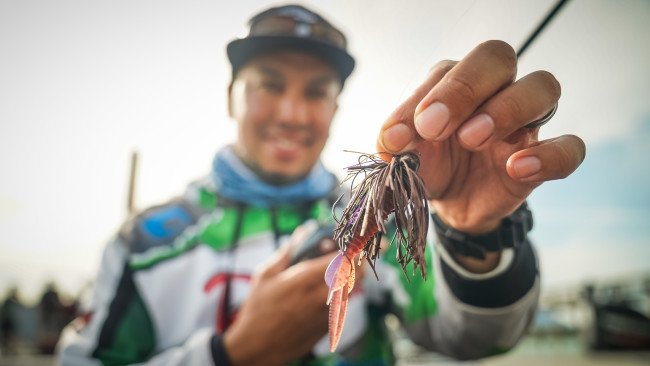 Sergio Arguello concentrated on the lake's Henderson area each day of the tournament and keyed on the rock there and rocky points close by.

"I stayed with it all three days because it is what got me this far," he says. "I tried to get a little more finesse than other guys and was fishing 1/4–ounce and 3/8-ounce football jigs and Texas rigs. I had my boat sitting in 15 feet and was casting into 5 feet. Most of my bites came halfway back in around 10 feet."

Taking a clue from practice, he matched his baits to what the fish were eating.

"They were spitting up greenish-red crawdads and I tried to my baits to that," he says.

So, Arguello used a brown jig with a Reaction Innovations Sweet Beaver and a Yamamoto Hula Grub on a Texas rig. 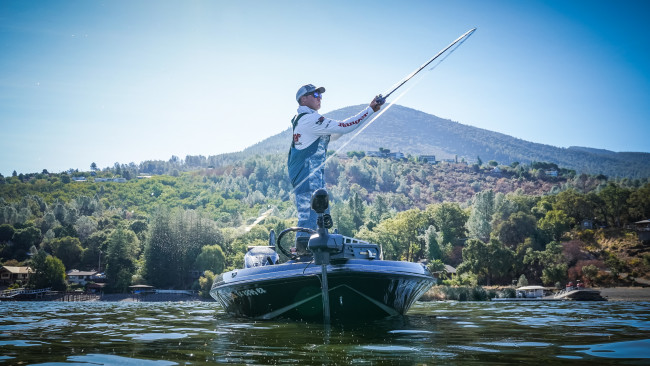 8. Everything was working for Collom

Canyon Lake's Jordan Collom never had a huge bag but was able to stay consistent with three bags in the teens on his way to an eighth-place showing.

Throughout the week, he used an array of different baits and they were all producing as he thinks he caught 100 fish over the three competition days.

"I'd start each day at the mouth of a slough with a squarebill and ghost minnow Lucky Craft LV 500 to get a quick limit," he says. "Then, I'd run to my spot near Soda Bay and camp there. Once you got the school fired up, it was a straight-up bass party and you could catch one on every cast."

He said his area was approximately 12 to 15 feet and featured a plethora of what he believes were bluegill beds.

He used a drop-shot, jig, 10-inch black grape Uptons Custom worm, 3/8-ounce Coolbaits Lure Co. "The Down Under" Underspin, and a 6-inch Little Creeper All American Trash Fish in ghost hitch to catch his fish.

"I had never caught a fish on the Trash Fish before and that's what did all the damage the last day" he says. "It was tons of fun." 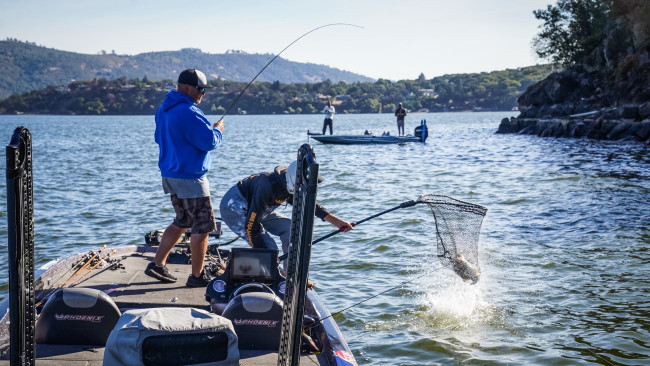 Idaho angler Wade Curtiss went deep to start each day and then moved shallow later in the day. 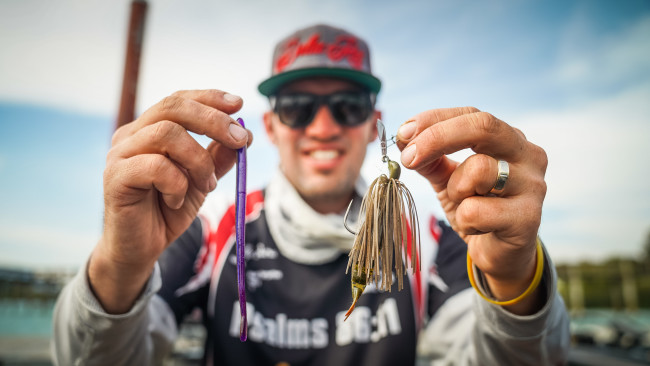 Phillip Dutra rode a junk-fishing program in the upper end of the lake to the final day.

"I stayed mid-lake and north the whole event," he says. "I caught them on so many different things. I caught them on a spinning rod with 6-pound-test to a flippin' stick with 50-pound braid."

Out of everything that he used, the top producers were a 6-inch Roboworm Straight Tail Worm in margarita mutilator on a drop-shot and a 3/8-ounce green pumpkin Bobby D's vibrating jig with a matching Lake Fork Live Magic Shad serving as his trailer.