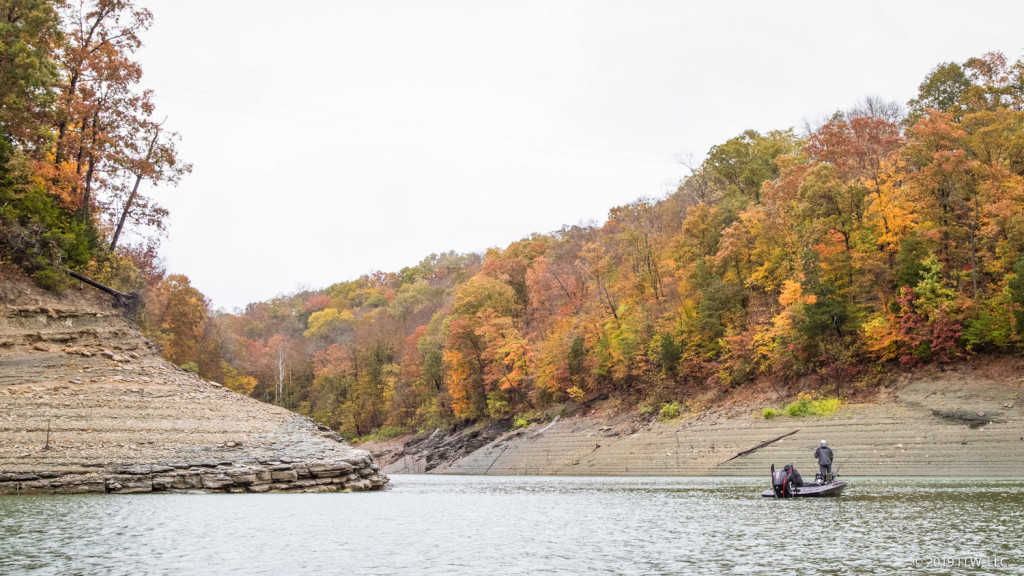 MONROE, Tenn. – The 2020 Toyota Series Central Division will wrap up its season in Monroe, Tennessee next week (Oct. 29-31) with the Toyota Series at Dale Hollow Lake. Hosted by the Byrdstown-Pickett County Chamber of Commerce, the three-day tournament will feature the region’s best bass-fishing pros and co-anglers casting for a top prize of up to $65,000, plus a $35,000 bonus if the winner is a qualified Phoenix Boat owner.

“We’ve had a pretty nice fall without any major cold fronts yet, which has made fishing a little tough,” said Major League Fishing pro Ott DeFoe of Blaine, Tennessee. “Getting colder weather in before the tournament would actually help the bite and trigger fish to start feeding for the fall.”

DeFoe said anglers will have several options on Dale Hollow and he expects to see multiple techniques and depths on the fishery.

“I typically fish real shallow here this time of year, from topwater out to 5 feet, but an angler can take whatever they like best and make it work right now,” said Defoe. “Fall is one of the tougher times because the fish are scattered and not all doing the same thing, but there are definitely more opportunities.

“I expect to see a couple topwater, walking-style baits like the Storm Arashi Top Walker, as well as a buzzbait or plopper-style baits and Rapala DT Series Crankbaits from a shallow-runner DT4 to a DT20, which is a great choice to target fish in deeper water, as well as a ½ ounce jig and a 3/8-ounce finesse jig.”

Dale Hollow Lake protects its fishery with special fishing regulations, allowing anglers to only keep five black bass species combined per day, with a minimum-size limit of 12 inches for spotted bass and 15 inches for largemouth bass. Of the five-fish limit, only two smallmouth bass may be kept per day – one over 21 inches and one under 16 inches.

“Dale Hollow is a great fishery with a really good population of largemouth and plenty over 3 pounds,” continued DeFoe. “Everyone thinks of smallmouth on that lake, but the smallmouth are protected with the slot limit and can’t really be targeted in the tournament. If you catch a bonus big one, that’s good, but the anglers will mostly be targeting largemouth.”

DeFoe said he anticipates anglers that get on the fish will bring in 15 to 16 pounds per day, with the winning weight being 45 to 47 pounds over the three-day tournament.

“Dale Hollow isn’t far from Lake Cumberland, where the Toyota Series Championship will be held, so baits and techniques that work in Dale Hollow may carry over into the championship as well,” said DeFoe. “I’d expect anglers to use this tournament as a bit of an early practice for the championship.”

Anglers will take off daily at 7 a.m. CDT from the Sunset Marina and Resort in Monroe. Weigh-ins will also be held at the marina and will begin at 3 p.m. Attendance is limited to competing anglers and essential staff only. Fans are encouraged to follow the event online through the “FLW Live” weigh-in broadcasts and daily coverage at FLWFishing.com.

The 2020 Toyota Series consists of eight divisions – Central, Eastern, Northern, Plains, Southeastern, Southern, Southwestern and Western – each holding three regular-season events, along with the International division. Anglers who fish all three qualifiers in any of the eight divisions and finish in the top 25 will qualify for the no-entry-fee Toyota Series Championship for a shot at winning $235,000 cash, including a $35,000 FLW PHOENIX BONUS for qualified anglers. The winning co-angler at the championship earns a new Phoenix 518 Pro bass boat with a 115-horsepower outboard. The 2020 Toyota Series Championship will be held Dec. 3-5 on Lake Cumberland in Burnside, Kentucky, and is hosted by the Somerset Tourist & Convention Commission and the Burnside Tourism Commission.