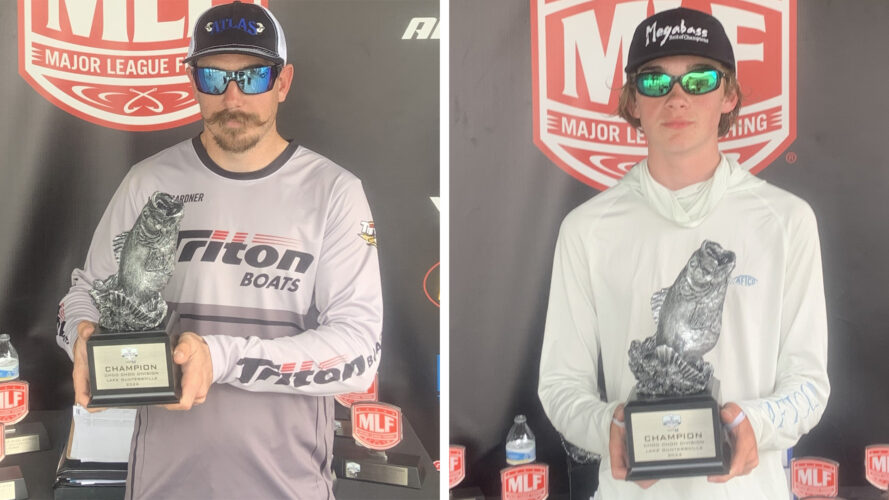 SCOTTSBORO, Ala. – Boater Jacob Gardner of Arab, Alabama, caught five bass Saturday weighing 19 pounds, 8 ounces, to win the Phoenix Bass Fishing League Presented by T-H Marine on Lake Guntersville event. The tournament, hosted by the Mountain Lakes Chamber of Commerce, was the fourth event of the season for the Bass Fishing League Choo Choo Division. Gardner earned $5,119 for his victory.

“This feels pretty awesome,” Gardner said. “I’m originally from Idaho and have only been bass fishing for eight years now. I caught my first bass when I was 20 years old, and I moved across the country to chase the dream of tournament fishing.”

Gardner said he had caught 14 or 15 pounds by 8:30 a.m. by flipping grass with a Berkley Powerbait Crazy Legs Chigger Craw rigged with a 3/16-ounce tungsten weight and a 3/0 hook. The bite slowed for him around 11:30 a.m., so he made a run up the river. The location change paid off with back-to-back 5-pounders, and Gardner was on his way to victory. Gardner said he caught 13 fish during the course of the day, including eight keepers.

Rigsby earned the day’s Berkley Big Bass Boater award of $565 with a largemouth that weighed 5 pounds, 11 ounces, the heaviest of the event in the Boater Division.

Anthony Doby of Harvest, Alabama, caught the largest bass in the Co-angler Division, a fish weighing in at 6 pounds, 1 ounce. The catch earned him the day’s Berkley Big Bass Co-angler award of $282.