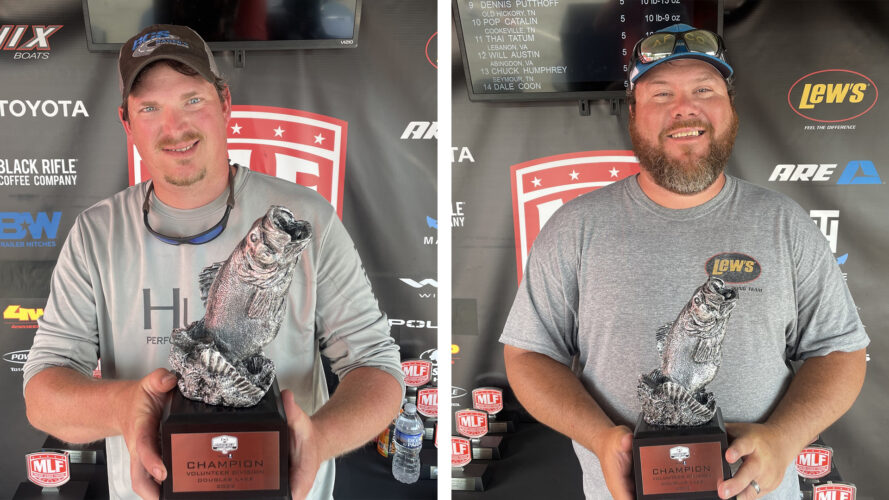 Lilly said he targeted the lower end of Douglas Lake near Flat Creek, fishing a shad spawn pattern and “whatever looked good.”

“The key was just junk fishing and being in the right place at the right time,” Lilly said. “I used a white homemade jig, a Lake Fork Flutter Spoon and an Azuma Timmy Horton Z Boss crankbait.”

Lilly had a largemouth that weighed 5 pounds, 7 ounces that was the heaviest of the event in the Boater Division and earned the day’s Berkley Big Bass Boater award of $785.

Gunsauls caught the largest bass in the Co-angler Division, a fish weighing in at 4 pounds, 12 ounces. The catch earned him the day’s Berkley Big Bass Co-angler award of $382.