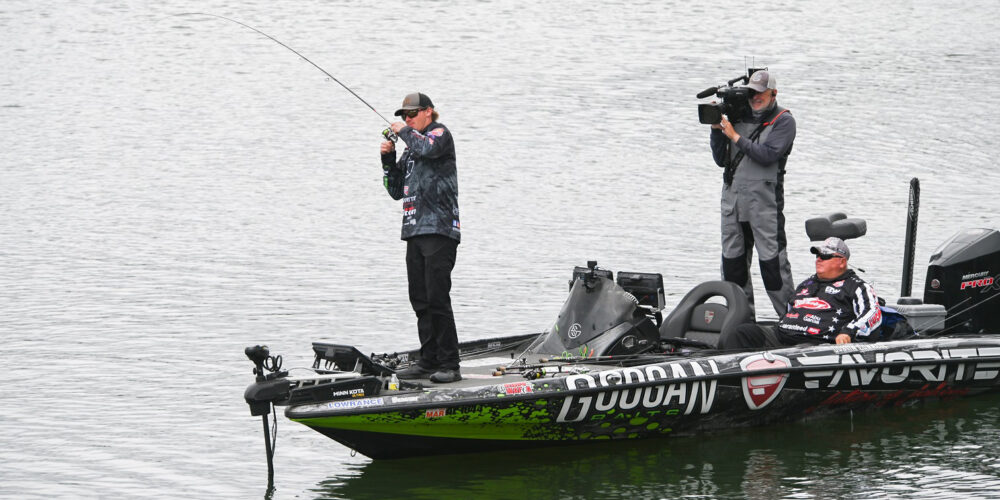 The six-day event, hosted by the Village of Union Springs, will showcase 80 of the best professional anglers in the world, including bass-fishing superstars like Kevin VanDam, Ott DeFoe, Jacob Wheeler, Jordan Lee, and reigning REDCREST Champion Bobby Lane. They’ll compete for a purse of more than $805,000, including a top payout of $100,000 and valuable points in hopes of qualifying for REDCREST IV, the Bass Pro Tour championship.

“The Village of Union Springs is once again excited and privileged to have the top professional bass fisherman in the world here from Aug. 6-11,” said Union Springs Mayor Bud Shattuck. “Major League Fishing has an exciting format that will be a unique experience for the young people and adults alike to watch.”

While Cayuga Lake has seen plenty of bass tournaments over the years, the majority of MLF experience is limited to a handful of Phoenix Bass Fishing League tournaments and the 2020 MLF Heritage Cup, which featured competition on three different lakes, with the final-day Championship Round anglers competing on Cayuga Lake. This tournament will feature the MLF catch, weigh, immediate-release format in which anglers catch as much weight as they can each day, while also feeling the pressure and intensity of the SCORETRACKER® leaderboard. The tournament will be filmed for broadcast later this year on Discovery Channel.

“Cayuga is a really unique lake,” said Kalamazoo, Michigan’s VanDam. “It has a northern shallow end with a lot of grass and a big population of largemouth. During the summer, you can head back to the main lake and fish deeper rocky areas, and there is still grass. Zebra mussels cleared it up a lot, and now it has gobies, and a lot of 5-plus-pounders in the lake. It didn’t have fish that big previously. You can add 2 pounds to the average weight of a big fish from 10 years ago.

“The last time I fished there, I won an event. There were a ridiculous number of 5-pounders caught.”

VanDam said he believes that anglers can win with either largemouth or smallmouth bass.

“With the shallow grass fishing in the north end, a lot of anglers will focus on largemouth bass,” VanDam said. “The other big player for largemouth are shallow boat docks. Fishing deep rockpiles for smallmouth can also be extremely productive. Find the right one, and they concentrate there. They’re big, plentiful, and aggressive.

“The tournament could be won deep or dirt shallow. Whether Ish (Monroe) wants to throw a frog shallow, or (Justin) Lucas or (Josh) Bertrand fish their offshore strengths, they can all fish how they’d like to fish. It will definitely be a special week,” VanDam said.

After five events in the 2022 Bass Pro Tour regular season, reigning 2021 Bally Bet Angler of the Year (AOY) Wheeler again sits in first place with 379 points, while the 2020 AOY Jordan Lee is right behind Wheeler in second place with 341 points. Dayton, Tennessee’s Andy Morgan sits in third with 315 points, while Kevin VanDam currently sits in fourth place with 302.5 points. Florida pro Randall Tharp rounds out the top five with 302 points.

Anglers will launch each day at 7:30 a.m. ET from Frontenac Park, located at 15 Creamery Road in Union Springs. Each day’s General Tire Takeout will be held at the park, beginning at 4 p.m. Fans are welcome to attend all launch and takeout events and also encouraged to follow the event online throughout the day on the MLF NOW!® live stream and SCORETRACKER® coverage at MajorLeagueFishing.com.

As part of the event, on Saturday, Aug. 6 and Sunday, Aug. 7, from noon to 5 p.m., fans are invited out to the Major League Fishing Festival at the Frontenac Park. Hosted by the Village of Union Springs, the event will feature fans meeting and getting autographs from their favorite pro anglers that compete on the Bass Pro Tour. Children are welcome to visit the Kids Zone to meet Skye & Marshall from “PAW Patrol,” fish for live fish in the Kids Fishing Pond, show off their artistic skills at the coloring stations, and more. Vendor booths from MLF sponsors, food, prizes and giveaways, including a FREE Abu Garcia rod and reel combo for the first 50 youth in attendance both days will also be available. On Saturday and Sunday, one lucky attendee will play for a brand-new Toro 42-inch TimeCutter Zero Turn Mower in the Toro Pick ‘Til You Win game, with runner-up prizes of a new 70-inch LED 4K Smart TV or a $500 VISA gift card. For more information on the Major League Fishing Festival, visit MajorLeagueFishing.com/Attend.

On Monday, Aug. 8 from 8-10 a.m., the MLF Fisheries Management Division (FMD) will be participating in a clean-up event at Frontenac Park – the FMD Costa Clean Water Matters Program.  MLF pro anglers and volunteers will walk the park and shorelines to clean up trash and debris from the shores of Cayuga Lake.

On Championship Thursday, Aug. 11, from 4:30-6 p.m., MLF will host a Celebration Event for fans of all ages, inviting fans to come out and celebrate with the professional anglers from the Bass Pro Tour as they crown the champion of the Fox Rent-A-Car Stage Six on Cayuga Lake Presented by Googan Baits. Before the celebration, a MLF watch party starts at 1:30 p.m., and the first 50 middle school or high school anglers in attendance will receive a free Abu Garcia rod and reel combo valued at $100. The final 10 Championship Round Bass Pro Tour anglers will be on hand at the trophy celebration to meet and greet fans, sign autographs, and take selfies.

The Fox Rent-A-Car Stage Six on Cayuga Lake Presented by Googan Baits will feature anglers competing with a 2-pound minimum weight requirement for a bass to be deemed scorable. Minimum weights are determined individually for each competition waters that the Bass Pro Tour visits, based on the productivity, bass population and anticipated average size of fish in each fishery.

The MLF NOW!® broadcast team of Chad McKee, Marty Stone and J.T. Kenney will break down the extended action on all six days of competition from 7:45 a.m. to 4:30 p.m. ET. MLF NOW!®  will be live streamed on MajorLeagueFishing.com and the MyOutdoorTV (MOTV) app.

Television coverage of the Fox Rent-A-Car Stage Six on Cayuga Lake Presented by Googan Baits will premiere as a two-hour episode at 7 a.m. ET, on Saturday, Nov. 12, on Discovery Channel. New MLF episodes premiere each Saturday morning on Discovery Channel, with additional re-airings on Outdoor Channel. Each two-hour long reality-based episode goes in-depth to break down each day of tournament competition.