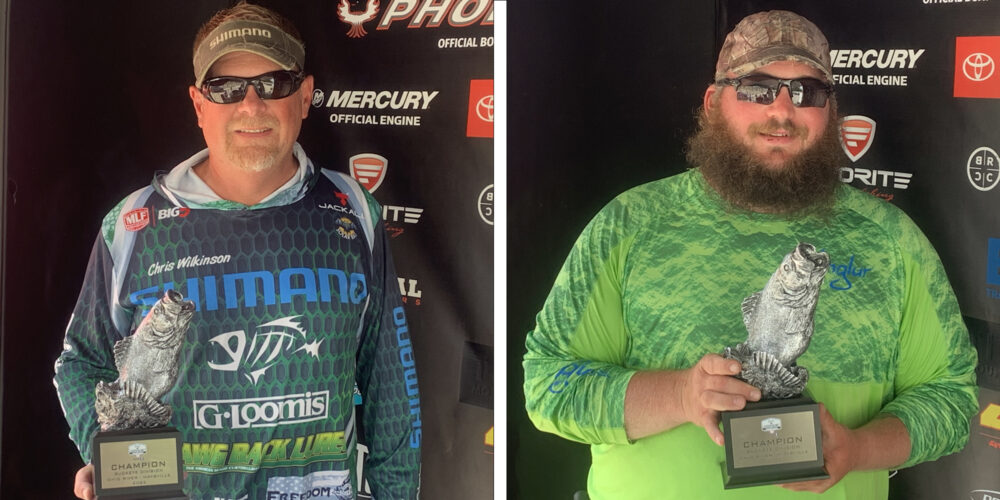 Wilkinson, who notched his eighth career BFL victory – with his previous one coming last month on the Ohio River out of Tanners Creek – said this event was only his third time to ever fish the Ohio River.

“I had heard the (Maysville) pool could fish really tough,” Wilkinson said. “And it sounds a little crazy, but I like it when the fishing is tough like that.

“I started out in the back of a creek and caught two keepers and then moved out toward the mouth of the creek and caught one more,” Wilkinson said. “I fished the whole tournament in creeks, with the exception of my last fish, which I caught in the main river.”

Wilkinson said he caught almost all of his fish on a Texas-rigged, gill-colored Hog Snatcher Baits tube. Wilkinson targeted bass holding on wood in less than a foot of water.

Justice caught the heaviest bass of the event in the Boater Division, weighing 4 pounds, 3 ounces,to earn the day’s Berkley Big Bass award of $585.

Whitehead caught the largest bass in the Co-angler Division, a fish weighing in at 3 pounds, 10 ounces. The catch earned him the day’s Berkley Big Bass Co-angler award of $292.