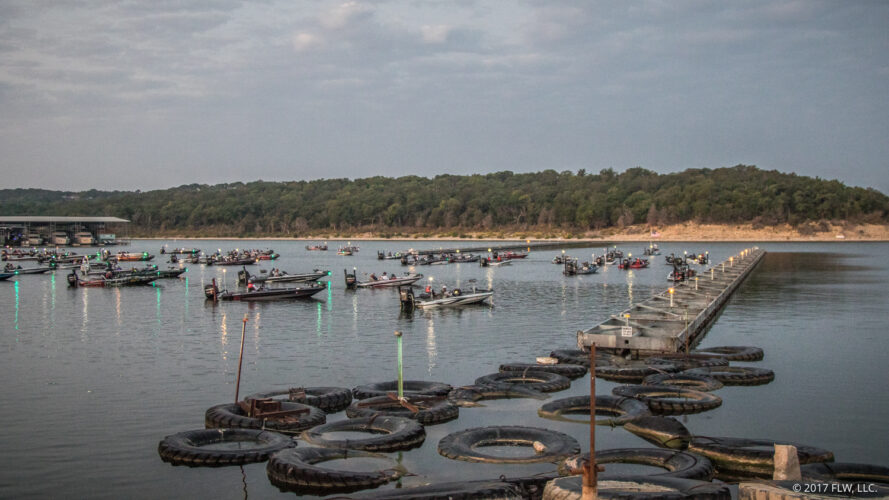 DURANT, Okla. – The Toyota Series presented by A.R.E. Southwestern Division will kick off the second event of its 2021 season with a tournament next week in Durant, Oklahoma, March 25-27, with the Toyota Series presented by A.R.E. at Lake Texoma Presented by Abu Garcia. Hosted by the Discover Durant, the three-day tournament will feature the region’s best bass-fishing pros and Strike King co-anglers casting for a top prize of up to $65,000, plus an additional $35,000 bonus if the winner is a qualified Phoenix Boat owner.

Jeff Reynolds of Calera, Oklahoma – a winner on Texoma in the Toyota Series in 2017 and a Phoenix Bass Fishing League event in 2013 – said the warmer weather means changing conditions for Lake Texoma.

“The main lake temperature is still about 52 degrees but some of the creeks are starting to warm up a bit and I’ve seen water up to 65 degrees back in the creeks,” Reynolds said. “The fish seem to be changing every day – it’s getting to be that time of year where they want to move shallow, so this should be a fun event.”

Reynolds said there still hasn’t been much rainfall, which means the lake is about 5 feet lower than where it normally is.

“There’s plenty of structure and cover to fish on Texoma, but I’d recommend anglers stay away from the wood since the water level is so low,” Reynolds said. “If the fish are staging around those suspended docks, swimming a jig or a spinnerbait will be key – jerkbaits and crankbaits will be in play as well.

“The last three or four years on Texoma have really been all about the largemouth. However, lately, the smallmouth have started to get larger and healthier. They’re definitely going to be a big player during the event. I wouldn’t be surprised to see a 20-pound stringer of smallmouth, but a mixed bag and 20-pounds of fish or more per day will be key.”

As for practice, Reynolds suggests anglers proceed with caution.

“These fish in Texoma don’t handle pressure very well,” Reynolds said. “If guys start jerking on them in practice thinking they can catch two or three a day just to get an idea, I don’t think that’s a good plan. These areas don’t replenish that well and when you start hooking fish, those fish are going to be done for the weekend.”

Anglers will take off daily at 7 a.m. CT from the Catfish Bay Marina in Kingston. Weigh-ins will also be held at the marina and will begin at 3 p.m. Attendance is limited to competing anglers and essential staff only. Fans are encouraged to follow the event online through the “MLF Live” weigh-in broadcasts and daily coverage at MajorLeagueFishing.com.