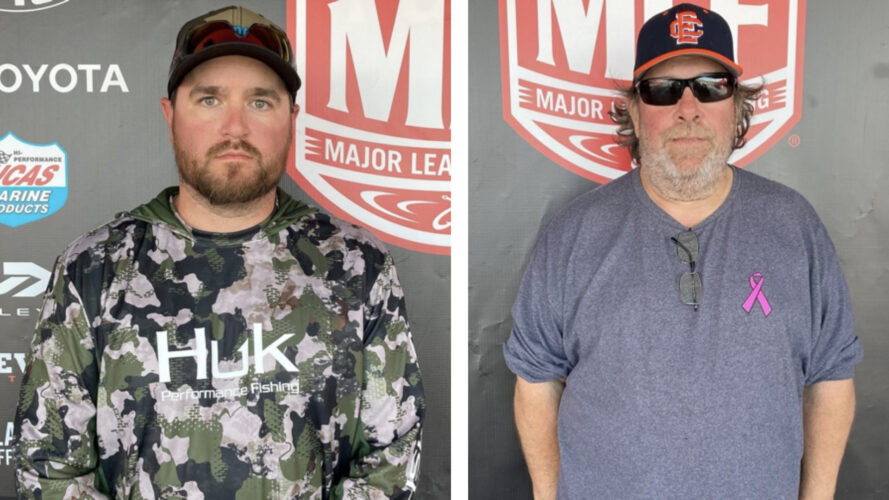 “I had fished weeks prior to the tournament, and this one just started out differently,” Nichols said. “I would fish in the morning and pull my boat out at noon because I knew what I wanted to do. I got on a deal on a jig that’s typical for the beginning to middle of March, but not this late in the year. But it’s been unusually cold, and the jig bite helped account for two key bites in the morning.”

Nichols said he focused on prespawn staging areas and used a Garmin Panoptix LiveScope System to locate and execute casts on specific targets the bass were holding on. Nichols said he caught his bass on green pumpkin jigs he learned to make with mentor and Bass Fishing League veteran Chris Dillow of Waynesboro, Virginia, who has seven Major League Fishing wins to his credit. The homemade jig, along with a swimbait, produced 10 keepers during the course of the day.

“I got a couple of big bites in the morning on the jig, and later in the day I got a few big bites on some key areas on the swimbait, but the bites were kind of scattered,” Nichols said. “The 7-pound, 11-ounce big bass of the day came at 2 o’clock. It was probably one of the most epic bites I’ve ever had in my life. I’ll never forget it. It was very aggressive and visual. I watched it attack the bait. My co-angler and I took a five-minute break after that and we said, ‘That’s one of the craziest things I’ve ever seen.’

Nichols had a 7-pound, 11-ounce largemouth that was the heaviest of the event in the Boater Division and earned the day’s Berkley Big Bass Boater award of $500.

Grant also caught the largest bass in the Co-angler Division, a fish weighing in at 5 pounds even. The catch earned him the day’s Berkley Big Bass Co-angler award of $240.