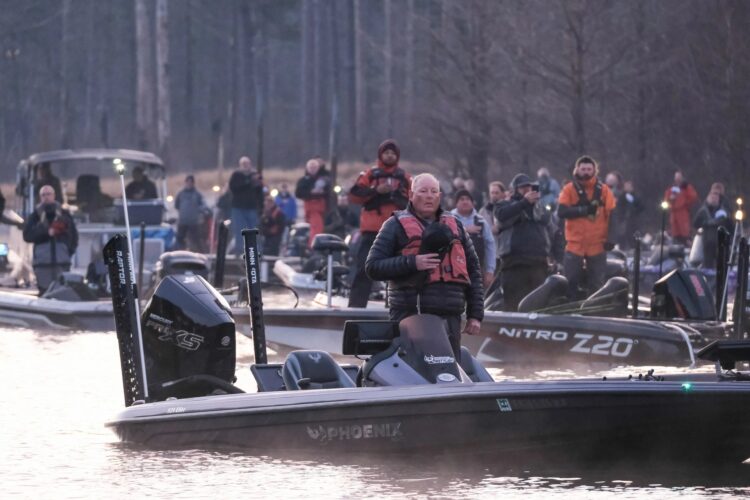 BROOKELAND, Texas – The Major League Fishing Toyota Series is set to open the season in Brookeland, Texas, next week, Jan. 25-27, with the Toyota Series at Sam Rayburn Reservoir . Hosted by the Jasper-Lake Sam Rayburn Area Chamber of Commerce, the three-day tournament will feature a field of the region’s best bass-fishing pros and Strike King co-anglers competing for a top prize of up to $100,000 in the pro division and a new Phoenix 518 Pro boat with a 115-horsepower Mercury outboard motor in the co-angler division.

“No doubt, whomever wins this Toyota Series event is going to have to catch at least 60 pounds over the three days,” said Bass Pro Tour newcomer Nick LeBrun of Bossier City, Louisiana, who has eight Top-10 finishes on Sam Rayburn Reservoir in MLF competition. “I jumped in the BFL opener last weekend just to get ready for this Toyota Series event and although the lake is low, it is still fishing really good right now.”

LeBrun finished in 4th place in that BFL event, relying mainly on junk fishing to piece together a solid 19-pound, 3-ounce limit. He said he caught a 5½-pounder fishing shallow, and a 5½-pounder fishing out deep. Like that event, he expects the fish to still be spread out during this Toyota Series opener.

“It’s been a very mild winter. The water has been in the 60s forever. Usually when the water hits 55 (degrees) and stays consistent there is a big group of fish that get up in the drains and winter there, but I just don’t know that a lot of fish have done that yet, this year,” LeBrun said.

“Like the BFL, I think we’ll see a lot of junk fishing in this tournament,” LeBrun went on to say. “I’ll have a ½-ounce Bill Lewis Rat-L-Trap tied on – that’s always a huge player on Rayburn – and I’ll also have a ¾ -ounce Buckeye Football jig and some Texas-rigged plastics tied on if I decide to play the deep game. I don’t really think about it often, but an umbrella rig could definitely be a player this time of year as well.”

Anglers will launch each day at 7 a.m. CT from the Umphrey Family Pavilion in Brookeland. Weigh-ins will also be held at the Pavilion and will begin at 3 p.m. Fans are welcome to attend and encouraged to follow the event online through the “MLF Live” weigh-in broadcasts and daily coverage at MajorLeagueFishing.com.

The 2023 Toyota Series consists of six divisions – Central, Northern, Plains, Southern, Southwestern and the Western Division Presented by Tackle Warehouse – each holding three regular-season events, along with the International and Wild Card divisions. Anglers who fish in any of the six divisions or the Wild Card division and finish in the top 25 will qualify for the no-entry-fee Toyota Series Championship for a shot at winning up to $235,000 and a qualification to REDCREST V. The winning Strike King co-angler at the championship earns a new Phoenix 518 Pro bass boat with a 115-horsepower Mercury outboard. The 2023 Toyota Series Championship will be held Nov. 2-4 on Table Rock Lake in Branson, Missouri, and is hosted by ExploreBranson.com.