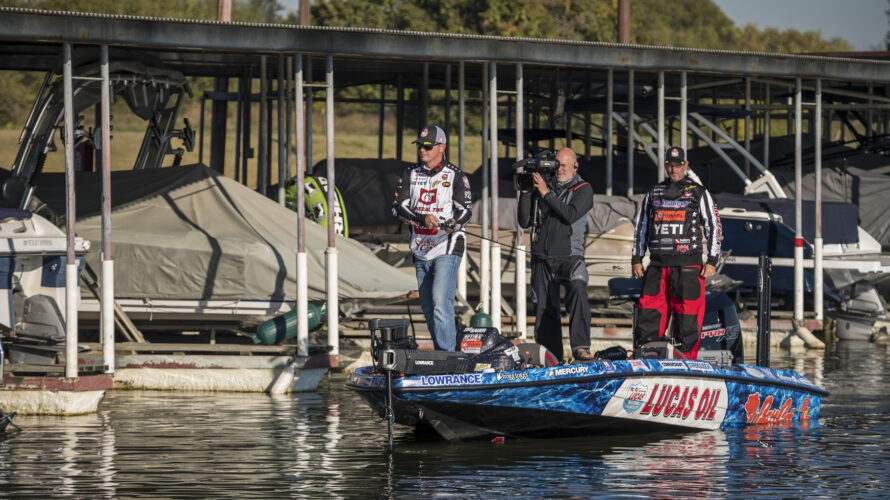 DALLAS, Texas – The Major League Fishing 2022 Builders FirstSource Patriot Cup Presented by Guaranteed Rate, filmed over six days in November in the Dallas area, is set to premiere this Saturday, April 9, from 2-4 p.m. ET on the Outdoor Channel and on demand on the MyOutdoorTV (MOTV) streaming app. The event showcases 24 of the top pro anglers in the world competing in the third MLF Cup event of the 2022 season.

“We were very excited to welcome Major League Fishing to Dallas,” said Dallas Sports Commission Executive Director Monica Paul. “Major League Fishing choosing us to host the Patriot Cup is indicative of how truly diverse our portfolio of sporting events is and how much opportunity there is for fishing events specifically in our market. We appreciate our partnership with Major League Fishing and hope to continue working together for years to come.”

The 24 Anglers that compete in the 2022 Builders FirstSource Patriot Cup Presented by Guaranteed Rate in Dallas are:

The 2022 Builders FirstSource Patriot Cup Presented by Guaranteed Rate was hosted by the Dallas Sports Commission. The event will air on the Outdoor Channel as six, two-hour original episodes each Saturday afternoon starting April 9, and running through May 14, airing from 2-4 p.m. ET. Each episode is available for viewing on the MyOutdoorTV (MOTV) streaming app on the Monday morning following each episode’s Saturday premiere.

The 2022 Builders FirstSource Patriot Cup Presented by Guaranteed Rate features 24 MLF pro anglers visiting the Dallas area to compete on either Lewisville Lake, Eagle Mountain Lake or Lavon Lake on each day of competition. The fisheries are unknown to the anglers – they do not learn where they are competing until they arrive to the launch ramp each morning of competition.