Montgomery Clinches the Knockout Round on Lake Fork 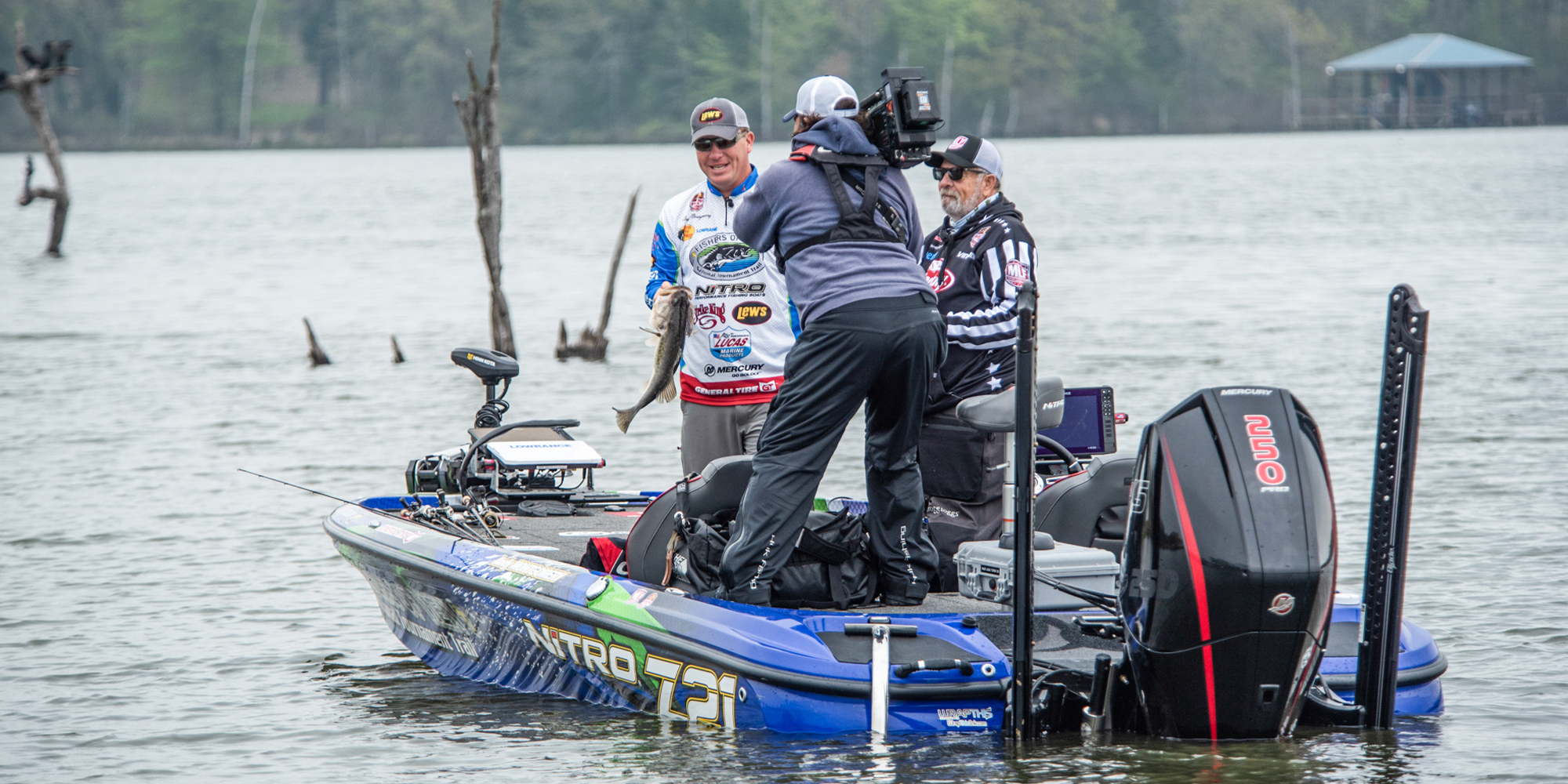 South Carolina-resident Andy Montgomery emerged victorious in today’s Knockout Round with a one-day total of 45 pounds, 9 ounces. Alton Jones, Jr. held the lead for much of the third period ultimately finishing in second place. MLF rookie Bryan Thrift secured a spot in his second out of three Championship Round after catching the Berkley Big Bass of the day late in the third period.

Wednesday’s Championship Round on Lake Athens features the Top 8 anglers from today’s Knockout Round and the winners of the Qualifying Round, Mark Daniels, Jr. and Brandon Coulter in a battle for most weight the $100,000 top prize. Coverage begins at 9:45 a.m. central time on MLF NOW!

Andy Montgomery steadily caught scorable bass all day long ended up with both the most fish caught and the most weight to win the round. The Clemson grad caught four in the first period including his largest, a 6-pound-7-ounce largemouth as the clock wound down to the first break. While his six-fish run in the second period kept Montgomery at the top of the SCORETRACKER®, it was the fish weighing 5 pounds, 14 ounces to start the third period that pushed him into the lead over Alton Jones, Jr.

“I won … I won!” exclaimed Montgomery as the MLF official called lines out to end the day. “I didn’t win any more money, but I wanted to win, and I won. I get to fish Lake Athens tomorrow so we’re going to Athens!”

Waco-resident Alton Jones Jr., who led for a good portion of the late second and third period, finished 3 pounds even behind the leader with 42 pounds, 9 ounces. Jones caught his largest fish of the day, weighing 5 pounds, 8 ounces, on his first cast at 10:02 a.m. Two more 5-pounders in the second period and six scorable bass in the third period secured his position in the Championship Round. The youngest angler on the Bass Pro Tour (age 27), Jones credits his pre-event routine and use of technology for preparing him for the tough competition.

“The biggest thing that I do to prepare is to study maps on my Garmin,” said Jones. “I really put in the hours to find the details of the lake. The other thing I use a lot, especially for a shallow lake like Fork is Google Earth; you can really see things in the satellite photos that you might not otherwise notice.”

New to the Bass Pro Tour in 2020, Byran Thrift hurdled himself into the Top 8 with 30 minutes left in the day by catching a 9-pound-8-ounce largemouth. While Thrift’s nine other fish of the day kept him in the hunt, it was the Berkley Big Bass of the Day that secured him fifth place and a chance to compete on Lake Athens tomorrow for $100,000. The 40-year-old Damiki pro won the FLW Cup in 2019 and has earned over $3 million in earnings making it no wonder he’s a contender on the Bass Pro Tour.

The competition concludes Wednesday with the Championship Round where 10 anglers compete for the General Tire Stage Three presented by TrueTimber title and $100,000 top prize on Lake Athens.

Fans can catch all the action every day of competition on MLF NOW! lives tream on MajorLeagueFishing.com or download the MLF App for your Apple or GooglePlay device or on MyOutdoorTV (MOTV).