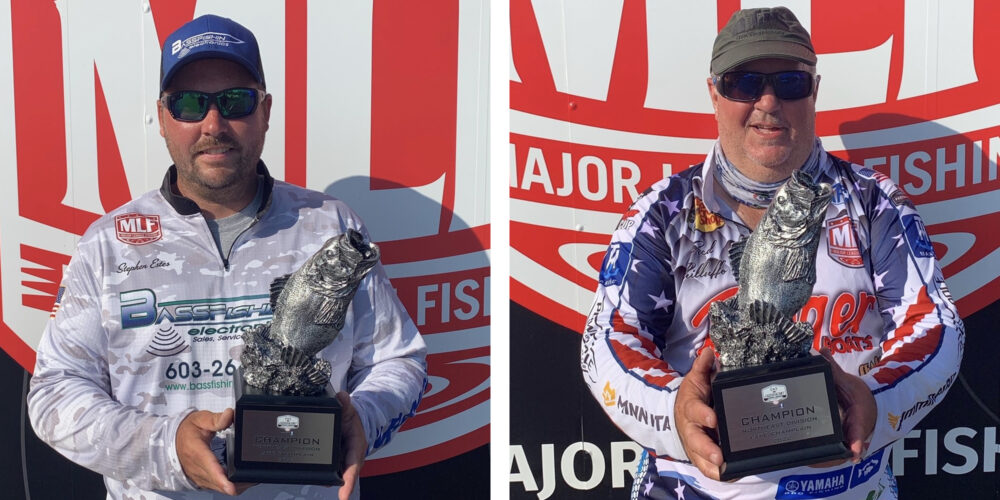 Estes said he focused on the northern end of the lake using a drop-shot rig to catch around 20 smallmouth keepers during the course of the day.

T.J. Daniels of Plattsburgh, New York, had a bass that weighed 5 pounds, 3 ounces that was the heaviest of the event in the Boater Division and earned the day’s Berkley Big Bass Boater award of $780.

Erik Gaffron of Robbinsdale, Minnesota, caught the largest bass in the Co-angler Division, a fish weighing in at 5 pounds, 2 ounces. The catch earned him the day’s Berkley Big Bass Co-angler award of $390.