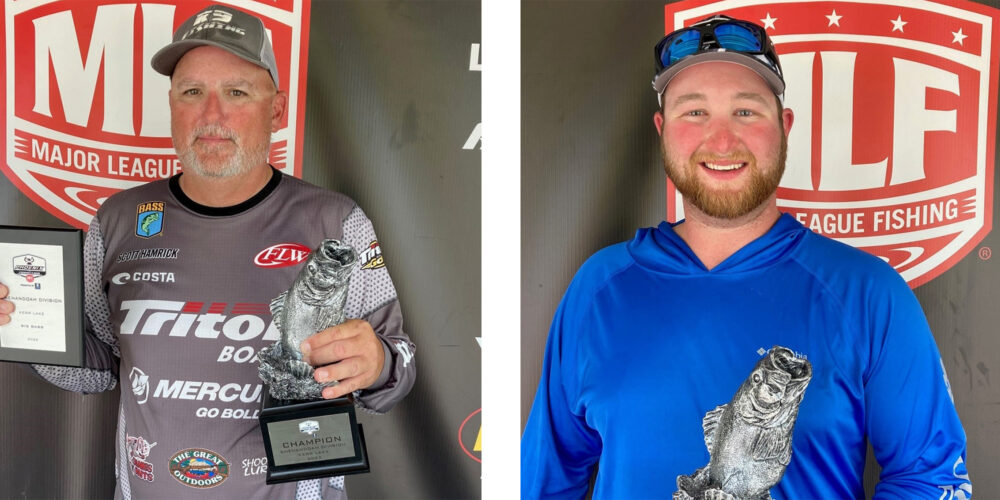 “I fished Kerr Saturday and finished fourth in the BFL North Carolina Division event, and I had found something and keyed in on it and knew I could probably catch them again Sunday,” Hamrick said. “I was fishing a Shooter Lures jig and I caught more than 20 keepers.

“It started out a little slow, but I had a limit after about an hour,” Hamrick said. “I knew I had a good one in the box, and I thought if I could get another big one in the box I’d have a good shot at winning.

“I’ve won a lot of big tournaments there, but the BFL field is the best of the best on Kerr Lake, so it’s pretty cool,” Hamrick said.

Hamrick’s largemouth that weighed 5 pounds, 3 ounces was the heaviest of the event in the Boater Division and earned the day’s Berkley Big Bass Boater award of $695.

Slaybaugh caught the largest bass in the Co-angler Division, a fish weighing in at 5 pounds, 5 ounces. The catch earned him the day’s Berkley Big Bass Co-angler award of $347.