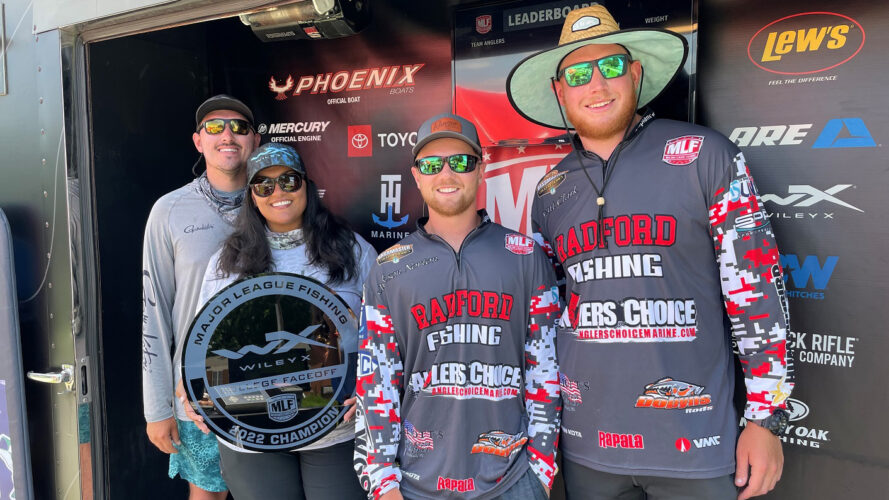 The Radford University team said that they knew the catch-weigh-immediate release format was very different from the five-fish format, so they changed their gameplan from Friday in order to catch as many fish as possible. They said that they spent the morning throwing topwater baits on the rocks to catch some fish left over from the shad spawn the previous night, then they spent the rest of the day keying on stretches of docks with a drop-shot rig.

The five teams that competed in the Wiley X College Faceoff at Smith Mountain Lake finished:

The Wiley X College Faceoff tournament on Smith Mountain Lake was the first of four Faceoff events for MLF collegiate anglers in 2022. The next Faceoff event for college anglers will take place on Saturday, July 30, at the Mississippi River in La Crosse, Wisconsin.

MLF College Fishing teams compete in three regular-season tournaments in one of five conferences – Central, Northern, Southern, Southeastern and Western. The Top 10 teams from each division’s three regular-season tournaments and the Top 20 teams from the annual Abu Garcia College Fishing Open will advance to the following season’s National Championship.