Hundreds of College Anglers Descend on Lake Chickamauga to Compete for Automatic Berth into 2022 National Championship and a $33,500 Prize Package 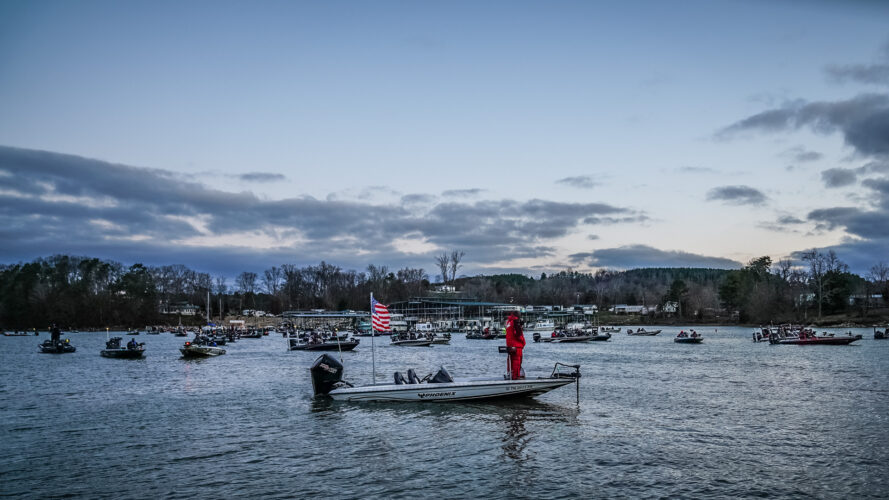 DAYTON, Tenn. – Major League Fishing, the world’s largest tournament-fishing organization, returns to Lake Chickamauga, March 30-31, for the seventh-annual Abu Garcia College Fishing presented by YETI Open tournament. Hosted by Fish Dayton and the Rhea Economic & Tourism Council, the tournament allows registration from any eligible college team from across the United States. Anglers who finish within the top 20, along with one additional team for every 10 teams over 200 competing, will automatically qualify for the 2022 Abu Garcia College Fishing National Championship, and the Open champions will take home a new Phoenix 518 Pro with a 115-horsepower Mercury outboard – a $33,500 prize package.

“There’s been a lot of rain in that area recently so the currents are up on the Tennessee River,” said Tackle Warehouse Pro Circuit angler Cole Floyd of Leesburg, Ohio, a former College Fishing angler from Bethel University. “If more rain comes in, I think a lot of the fish will be caught on current breaks out on main river bars and ditches. However, the fish are in their springtime pattens right now, so I could also see a lot of guys catching them real shallow on ChatterBaits and flipping to fish moving up to spawn.”

Floyd predicts it will take 40 pounds to win the event, and a solid 20-pound limit per day to keep anglers in the competition.

“Events like this are such a great opportunity for these college anglers,” said Floyd. “I recommend they start fishing in high school and work their way up through the college ranks. That helps tremendously in networking with people and companies because it gives them the opportunity to get in front of those individuals – I’m here now fishing the Tackle Warehouse Pro Circuit in large part due to that foundation.

“On top of that exposure, winning a boat in a college event – what more could you ask for?” continued Floyd. “Most college anglers are just working their way up, trying to get their name out there and get sponsors on board, so it’s a huge opportunity.”

Registration for the Open will be Monday, March 29, from 3-5 p.m. CT at the Dayton Boat Dock, located at 175 Lakeshore Street in Dayton, with a pre-tournament ZOOM meeting following registration at 5:15 p.m.

Anglers will take off from the Dayton Boat Dock at 7:30 a.m. CT on both days of competition and the entire field of competitors will compete both days of the tournament. Weigh-ins will be held lakeside at the boat dock each day, beginning at 3:30 p.m. and will be live streamed both days. Due to COVID-19 protocols, attendance at takeoff or weigh-in is limited to competing anglers, family, essential staff and media covering the event. Fans are encouraged to tune in to the weigh-in and follow the online coverage at MajorLeagueFishing.com.