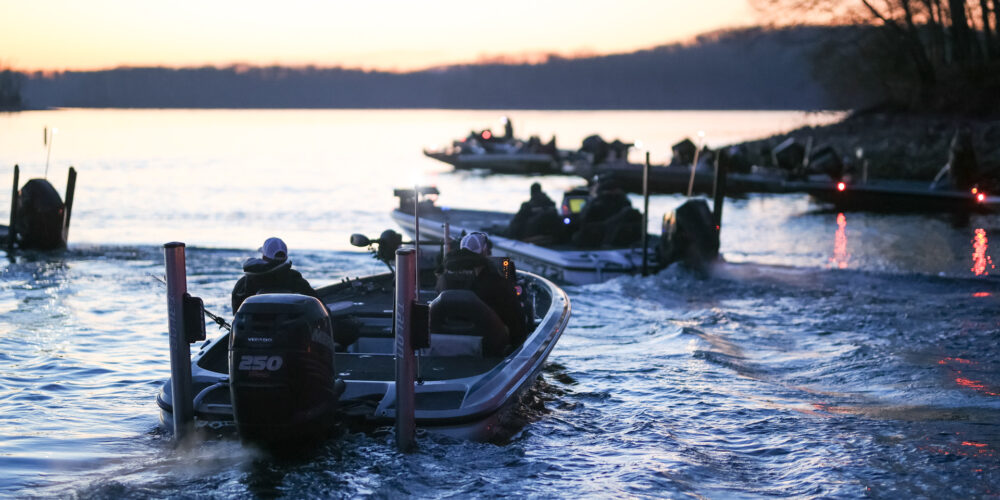 “It’s an exciting time in Sedalia leading up to the MLF Toyota Series tournament on Truman Lake in Benton County,” said Kyle Herrick, President of Sedalia Convention and Visitors Bureau. “Only a short drive from Truman Lake, anglers and fans will find a surprising array of amenities in Sedalia – from our user-friendly hotel accommodations to over 80 restaurants – which are sure to add pleasure to the sportsman’s adventure. We are thrilled to welcome the 2022 Toyota Series anglers to our community.”

Anglers will take off daily at 7 a.m. CT from Sterett Creek Resort and Marina located at 18174 Marina Road in Warsaw. Weigh-ins will also be held at the marina and will begin at 3 p.m. Fans are welcome to attend the event or follow the action online through the “MLF Live” weigh-in broadcasts and daily coverage at MajorLeagueFishing.com.

“We are very excited to partner with the Sedalia Convention and Visitors Bureau and welcome anglers competing in the MLF Toyota Series tournament to Truman Lake and Benton County, Missouri,” said Lynette Stokes, Director of Benton County Tourism. “We look forward to showcasing Truman Lake – one of Benton County’s many assets – and are certain anglers and fans alike will enjoy their stay. On behalf of Warsaw, Benton County Tourism and Sterett Creek Marina and Resort, we wish each participating angler the best of luck.”

Pro Casey Scanlon of Eldon, Missouri, said he grew up “cutting his teeth” on the predominantly shallow fishery and is looking forward to getting back out on the water to relive a few memories and hopefully catch a bunch of fish.

“I grew up traveling from Kansas City to fish tournaments on Truman Lake, so I’m excited for the opportunity to fish a bigger tournament on the lake,” Scanlon said. “Fishing in September is typically tough across the country, and there’s been quite a bit of tournament pressure over the past month or two, but it’s a great lake and should make for a fun event.”

Scanlon said there may be some areas that are overlooked by other anglers based on how expansive the fishery is and how hard it can be to navigate – an aspect that should give him a slight advantage due to his experience on the lake.

“There’s a lot of standing timber and rock cover, with large shallow-water expansive flats, so it can be a bit treacherous,” Scanlon said. “There aren’t many clearly marked boat lanes, so guys are going to have to run through the timber and creek channels.”

Scanlon said he predicts it will take 46 to 47 pounds to win the three-day tournament and expects to see quite a few five-bass limits throughout the event.

“The fishing will vary based on the conditions, but there have been several 6- and 7-pounders weighed in at tournaments lately, so I expect to see a few big fish at the weigh-in,” Scanlon said. “There’s a lot of untapped water on the fishery and there will probably be many anglers that are new to the reservoir, so a variety of techniques will come into play.