What to fish during the postspawn on the Tennessee River 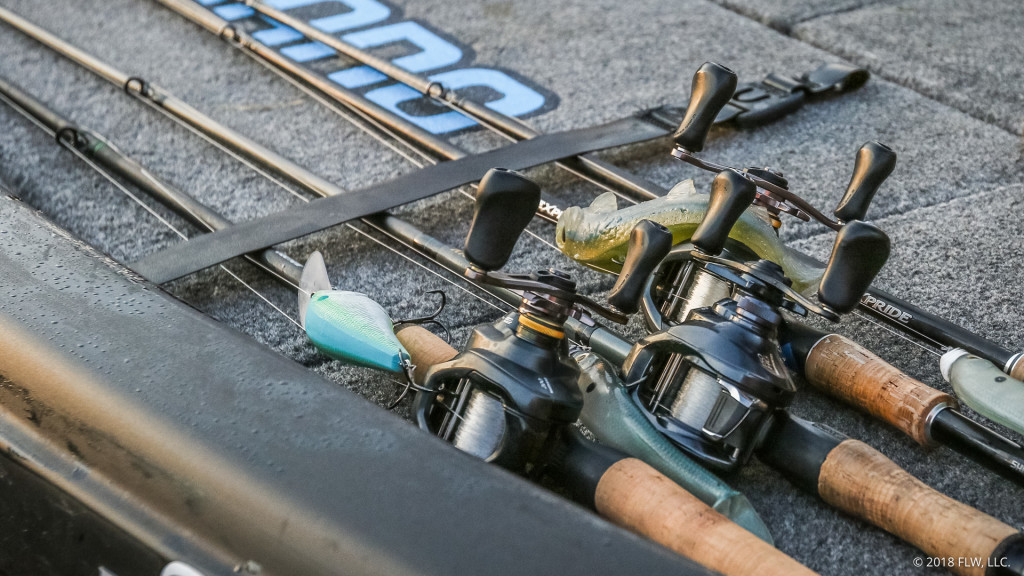 Maybe after last week’s FLW Tour event presented by Costa Sunglasses more pros will finally start picking up the Castaic Jerky J/Scrounger combo and learning to fish it on the ledges. It’s the third tournament in three years that Jason Lambert has dominated with that bait, yet only a few other pros also used it.

Everyone else in the top 10 who fished deep used standard ledge tackle, while the shallow crowd mixed it up a bit. 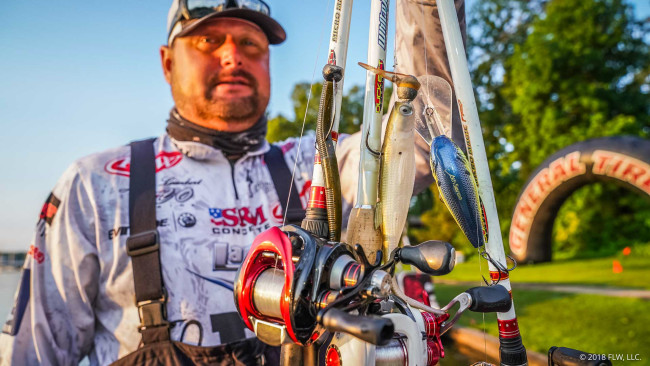 1. The Castaic Jerky J fished on a homemade version of the Scrounger-type jighead was Jason Lambert’s primary weapon for catching more than 101 pounds of bass in four days. On day two, when he fished a shallow roadbed, he used an 8-inch Gene Larew TattleTail Worm on a jighead. Lambert also long-lined some with a 6th Sense Cloud 9 C25 Deep Diver. 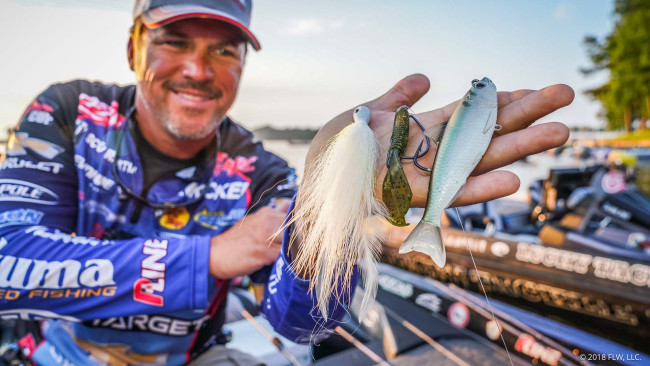 2. Scott Martin fished ledges and a shallow shell bar south of New Johnsonville. When he encountered schoolers, he threw a LIVETARGET Blueback Herring Swimbait. His other baits were a 1/2-ounce bucktail jig and a new creature bait from Googan Baits called the Bandito, which he fished on a Carolina rig. 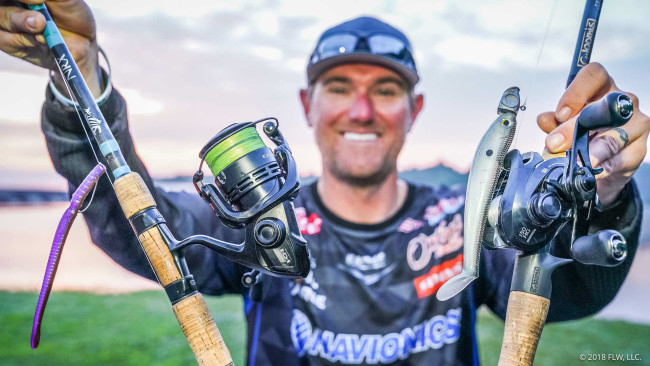 3. Josh Douglas worked deep and shallow on a ledge near Paris. For the deeper end, he fished a straight-tail worm on a drop-shot. On top, he cast a 3:16 Rising Son line-thru swimbait and a Carolina rig. Earlier in the week, he ignited the school by stroking a Strike King Shadalicious swimbait on an Outkast Tackle Goldeneye jighead. 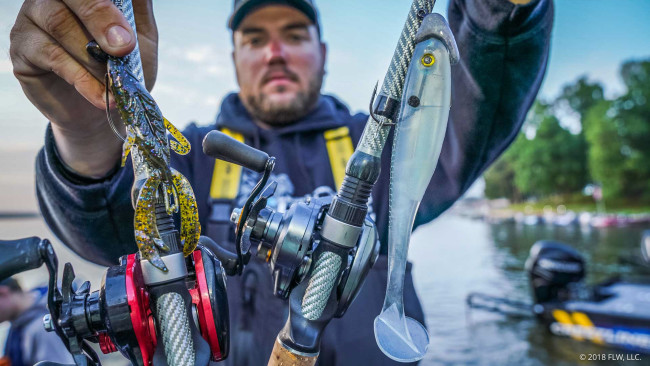 4. Michael Neal’s offshore strategy included stops on deep and shallow structure, where he used a 7-inch Big Bite Baits Suicide Shad Swimbait in the blue gizzard color, which he rigged on a 1-ounce Ledgehead, and a Big Bite Baits Fighting Frog rigged on a swing-head jig. 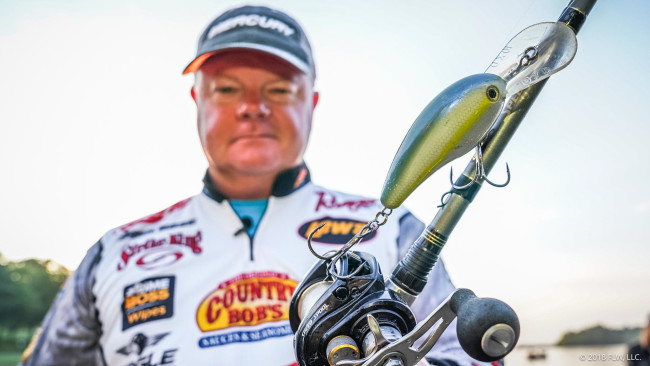 5. Pennzoil Marine Angler of the Year leader Mark Rose used a whole slew of ledge baits: a Strike King Rage Bug on a swing-head jig, a couple of swimbaits, a Carolina rig, a worm and a Strike King 10XD. 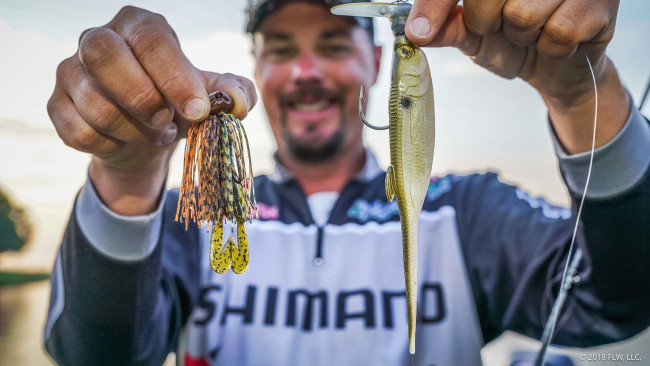 6. Alabama’s Alex Davis camped out on one ledge near Paris Landing and used only two baits: a 3/4-ounce D&L Tackle Football Jig and a 1-ounce Hog Farmer Baits Hog Wobbler jighead with a Castaic Jerky J. 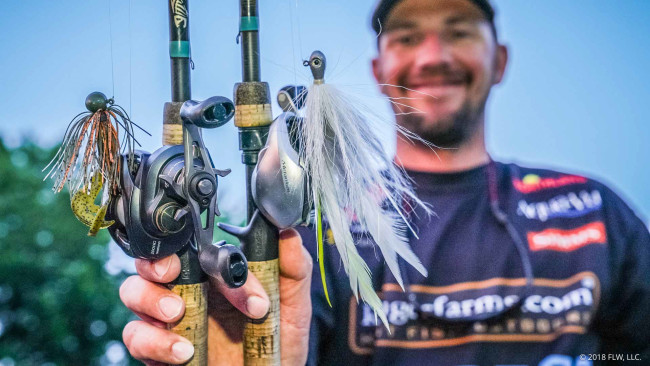 7. This week, Jeff “Gussy” Gustafson fished ledges near Paris Landing and the Big Sandy with a 3/4-ounce football jig, a 1/2-ounce bucktail jig and a Castaic Jerky J. 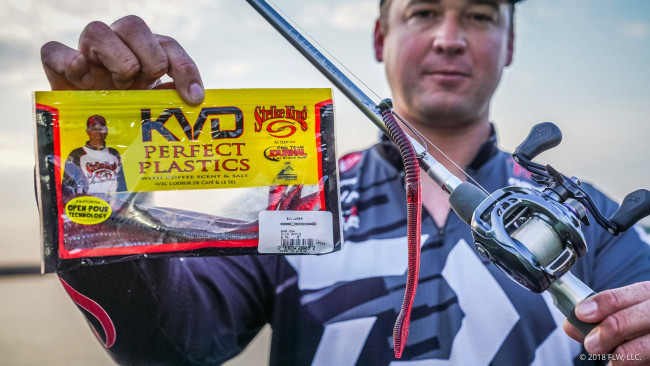 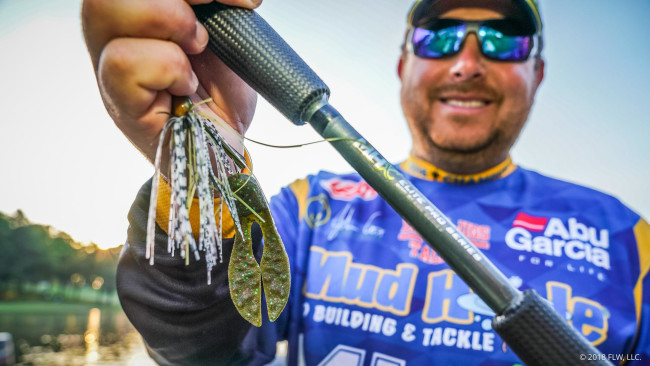 9. John Cox fished a little of everything up shallow, and his primary bait was a 1/2-ounce Dirty Jigs Swim Jig in Alabama bream with a Berkley PowerBait MaxScent Meaty Chunk trailer. He also used a PowerBait MaxScent The General Worm. 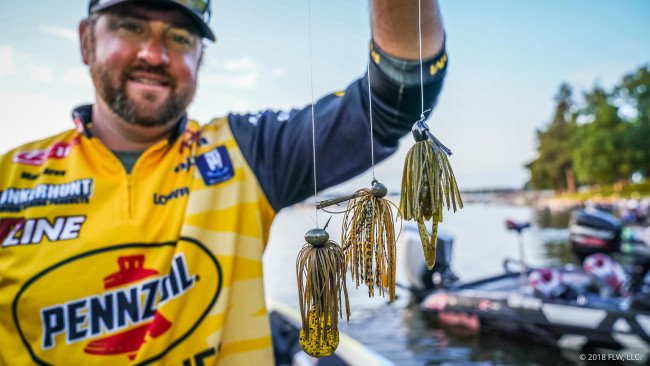 10. Junk-fisherman Matt Arey fished everything Kentucky Lake and Lake Barkley had to offer with a pile of baits that included a Lunkerhunt Fetch swimbait, a Lunkerhunt Lunker Stick, three types of jigs, a big worm and a Rebel P70 Pop-R.